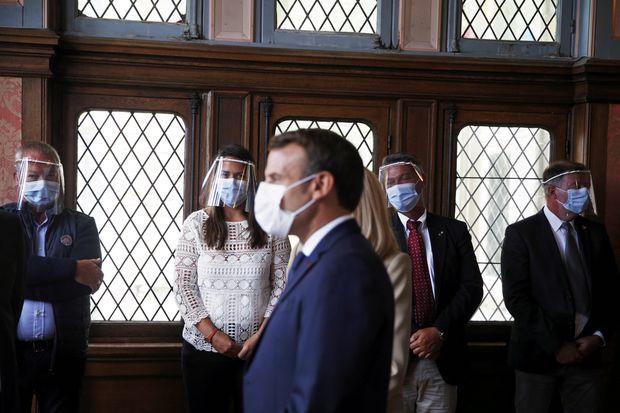 France’s Green party and its left-wing allies have made significant gains in the second and final round of municipal elections, while President Emmanuel Macron’s centrist The Republic on the Move (LERM) failed to gain a strong foothold.

Exit polls showed that the European Ecologists and the Greens (EELV) recorded a strong performance in the elections held on Sunday, reports Xinhua news agency.

Traditionally, one of bastions of the Republicans party, Marseille, France’s second largest city, switched to the left wing.

The environmentalist Michele Rubirola, who headed a left-wing coalition, was seen winning the vote with nearly 40 per cent, 10 percentage points ahead of her conservative rival Martine Vassal, according to Ipsos/Sopra Steria.

“What has won tonight is the desire for a concrete ecology, an ecology in action. It is a turning point in the political life of the country. It is the moment of ecology,” Yannick Jadot, leader of the French greens told France 2 television.

Marine Le Pen’s far-right party seized the control of Perpignan in the south, its first takeover of a city of over 100,000 inhabitants since 1995.

The anti-immigrant and protectionist party’s candidate Louis Aliot, was seen collecting 52.7 per cent of the vote versus 47.3 per cent for the sitting conservative mayor.

“The first message this evening is that this so-called Republican front fell in Perpignan, and tomorrow it could fall elsewhere. (The victory) is a great message for the future,” Alliot told supporters.

Exit polls suggested that Macron’s party, founded by him ahead of his 2017 election, could emerge from the local contest without winning a major city, a severe blow to the president’s plan to build a local power base ahead of 2022 presidential election.

It wasn’t all bad for the head of state.

Prime Minister Edouard Philippe won the race in northern port city of Le Havre with 58.83 per cent of the vote.

Citing a source close to the Elysee, France info radio reported that Macron has congratulated Philippe for the “beautiful victory” and the two men would meet on Monday morning.

The President also “expresses concern about the low turnout in municipal elections,” which he said “is not very good news for the country’s democracy”.

The turnout of Sunday’s round slumped to a record low level of 34.67 per cent, according to the Ministry of Interior.

Previously scheduled for March 22, the voting took place after the government started a gradual exit in mid-May from months-long restrictions in response to the spread of COVID-19.