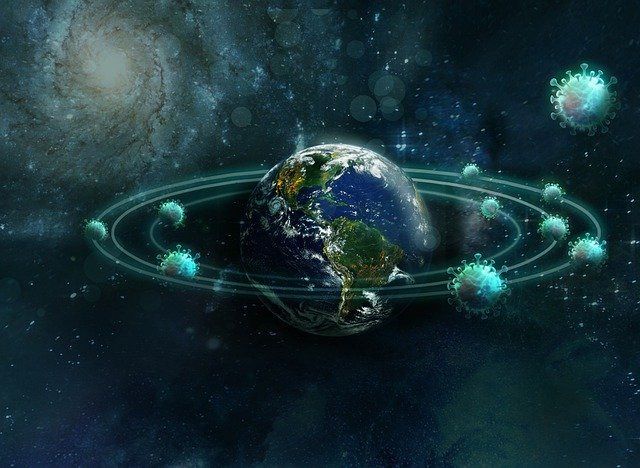 A world which is soaring on capitalism and materialism, emotions are just fragile fragments of mechanical solidarity. While the dark clouds and the cacophony of thunders guide us to stay home; the gentle breeze still injects the portions of hope within our souls. One of the most delightful portions of this hope is ‘the act of being together!’ COVID19 is just not bringing billions of families together, but it is acting as a threshold link in a highly polarised and diverse society; where the debates about segmentation are unfolding in a loud manner. However, can this portion of hope hold the society together for a more extended period? The realistic answer is, No! One has to receive a significant amount of essential resources to sustain this pandemic. So the Life vs Livelihood debate will be incapable of providing feasible solutions because both the terms mentioned above are interdependent variables. During late March and early April, we saw a symbolic reverse migration due to temporary unemployment, which led to inability to pay rents and buy essential commodities.

Similarly, in Kenya, a part of the population believes, they should be allowed to face Coronavirus as they have survived other deadly viruses in the past. They believe their family would die of hunger if locked for over three days. Hence our primary focus should be on both the Inter-dependent variables and not just considering a singular aspect in isolation. This pandemic is a humanitarian crisis followed by an economic backlash. The only solution to tackle and contain this virus is to take quick policy decisions and communicate it effectively. The four sectors below would need rapid reforms to stabilise a particular nation-

Economy – During the 2007-08 Global Financial Crisis, many countries witnessed a dip in their GDP in two successive quarters. Canada strategically managed to get out of the recession phase by avoiding the mega banking crisis; which led to a formation of ‘V shape graphs.’ Which traditionally means the growth is temporarily displaced, but it rebounds to the usual trajectory as the capital formation is not profoundly dented. The United States of America, on the other hand, substantiated a ‘U shape’ graph, as there was a precipitous fall in the growth chain. The recession hit the supply side which could not really match the old trajectory in that course of time. However one can argue that India has rarely recorded negative growth and in today’s scenario with the limited trade with China, (some sectors are extensively depended) India might not get as severely affected as other Western countries. However, since the recession is inevitable, India has to make drastic efforts to shorten the recession period and avoid painting a ‘U shape’ graph. There are broadly four scenarios which India might have to face in the worst-case scenario. If the liquidity problems hit the market, then the credit intermediation and investment will shock the financial systems. The companies and households might run out of cash if the economy is frozen for a more extended time. If there are lags in the capital formation system, then credit channels will potentially shut down, which will tamper the ultimate growth. Damaged households and companies will have unstable balance sheets and crippled investments. In addition to that the tax revenues are expected to fall sharply as the corporate tax will collapse due to no profit or negative growth. Sales and the additional value-added taxes will see a new dip, and so will the income tax due to temporary unemployment. The first question that arises after reading the above points are, how can we stabilise the boat in a windy ocean full of high tides?

India has announced a 1.7 Lakh Crore package for the lower-income sector, but considering the fact that this Lockdown might extend, the GoI must come up with a stimulus package for the big industries and MSMEs. It becomes supremely necessary to bail out the MSMEs and other severely affected sectors. India needs to intensify its focus on two things – The supply chain and the unemployed migrant labours. (Worst hit) The fiscal deficit has always been a heated debate in the parliament, but at this point of time, the fiscal deficit can be relaxed to an elastic point from where a country can bounce back after this pandemic settles down.

The above measures if infused within the time frame can proactively stabilise the current economic scenario and pour in confidence in the masses.

Healthcare – The Indian healthcare system is known to provide curative treatment at an affordable price for once those who afford it. In recent times, we have seen India emerging as a Medical tourism destination as it is home to some of the most exceptional private and medical hospitals. However, considering today’s healthcare scenario, the above system might come under a scanner as it is not just limited to specific population treatment, but it has to treat masses who require health care at this time frame. According to the data from the National Health Profile – 2019, there are about seven lakhs hospital (government) beds in India. The rough estimates suggest that there are 0.55 beds per 1000 population. Twelve states which constitute 70% of the national population have less than 0.55 beds. The North Eastern and Eastern states like Sikkim and West Bengal are above the national average. The scenario is the same while we talk about the elderly population. There are no exact numbers for the total number of ventilators in the country, but some reports suggest, availability of around 25,000 ventilators at present. India has already placed an order for around 50,000 ventilators from local companies and other countries. Considering the fact that some ventilators are already occupied and witnessing the recent rise in the graph of the COVID, the Indian healthcare system is not fully equipped to deal with this pandemic. Since India started revamping and innovating the health care system from early 2020, the given few months is not a considerable amount of time; rather it is a buffer period to make the best out of the existing system. In this buffer phase, we can try the below-mentioned strategies-

Global Governance and Law Enforcement – Humanitarian crisis is a time when all countries tend to help the other countries in all possible ways. Nevertheless, we are living in an era where profits are valued over people’s lives. This is an era where crises can be manufactured to tamper the growth of other countries and escalate domestic GDP. China has attempted to be a Global leader by supplying numerous commodities to the developing countries. Chinas’ attempt at masked diplomacy is not working as effectively as expected because the propaganda machine of Beijing is not that effective as its other economic ruling machinery. India, a country which is on a fast track development phase, on the other hand, is seen as the humanitarian aggregator. From rescuing its citizens and other foreign nationals to supplying necessary medical supplies to the worst-hit countries at the moment, India has shown the world how to lead this battle on various fronts. India has already taken initiatives to lead the SAARC and G-20 summit, which translates into a powerful Global message. This is the golden time which India should encash on. India has already taken early domestic steps to flatten the curve, but if India can ramp up manufacturing of the essential supplies and help the other countries, it will have a dominant share in the new world order, and India will not just remain a country that promises, it will be a country which delivers.

Now, emphasising over the law enforcement measures which India has taken in the past few months is debatable but one has to understand, enforcing a strict law in a country which is densely populated in not a very easy job in practical terms. The citizens have never been exposed to this kind of situation and it is the equal responsibility of the local administration to understand the thing mentioned above. Few things India can do to enhance the law enforcement mechanism are-

Crisis Communication – Communication has the power to make or break society. Especially in this time of crisis, the communication has to be motivational and as well as informational. The communication from the honourable Prime Minister is motivating but lacks information. The Lockdown messaging could have been better; the first half of the speech could have been about motivation and pouring confidence by ensuring about the supply chain, the latter part of the speech could have unfolded the Lockdown. The Janta Curfew and Diya Jalao messaging was spot on, and the results are visible in terms of stats, media reports, and by witnessing it yourself. Many State leaders have led the crisis communication task ideally, which in turn gives a significant portion of hope amongst the masses. All the leaders must use the communication channel in a well-synchronised manner to pour a sense of confidence and belief amongst the population.

These are the four broad points which India needs to focus on to stabilize the ongoing pandemic and the after effects of the same. India needs a grand stimulus for the industries and then it will require a grand reconstruction of the budget in future. History says when the economy was fragmented in the 1990s, India saw radical policy level changes in the economy. In 2020, the CVOID 19 might just tamper the economy enough to make a set of policy reforms which the country has lacked in recent years. Keeping all the things in mind and looking at the Global scenario, India is doing very well till date but can India contain this pandemic? It will depend on various measures mentioned above.