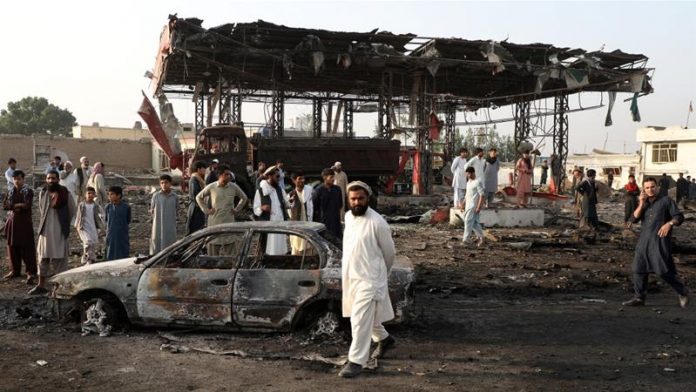 Four people were killed and several others injured when a blast ripped through a mosque in Kabul, Afghan Interior Ministry spokesman Tareq Arian said.

The blast took place at the Sher Shah Suri Mosque in the capital city”s Kart-e-Char area.

Among the four killed was the imam of the mosque, Azizullah Mofleh, according to the Ministry.

The explosives were placed inside the mosque, it added.

No group has immediately claimed responsibility for the attack.

Friday”s attack comes after an IED blast in Wazir Akbar Khan Mosque in downtown Kabul on June 2 in which the imam of the mosque, Mohammad Ayaz Niazi, was killed.

The June 2 attack follows a bombing claimed by the Islamic State against a television station”s minibus in central Kabul on May 30, killing a scribe and the driver.