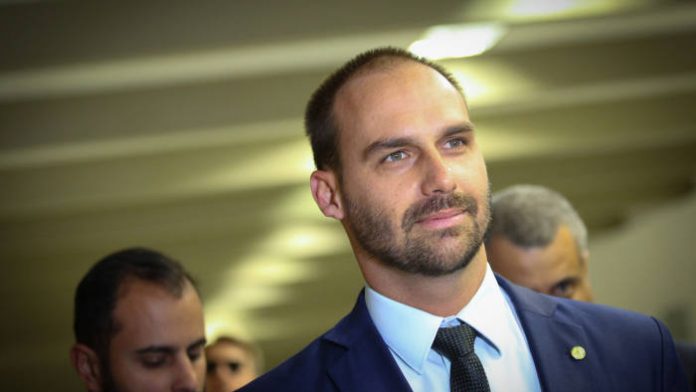 A former aide to a son of Brazilian President Jair Bolsonaro was arrested on corruption charges on Thursday.

Fabricio Queiroz, the former assistant to Flavio Bolsonaro is a senator, had disappeared from the public eye for over a year, but was located at the home of Frederick Wassef, the latter’s lawyer.

Queiroz is suspected of participating in a scheme to embezzle public funds through Flavio Bolsonaro’s office when the latter was a state representative in Rio de Janeiro, a post he held until his election to the Senate in 2018.

The case could be embarrassing for the far-right president, who came to office in January 2019 after running on an anti-corruption campaign and promising to be tough on crime.

Jair Bolsonaro is already facing an investigation into an alleged attempt to interfere with the police, and has seen some allies being targeted by a separate inquiry over an alleged fake news scheme.

Flávio served as a state legislator for 16 years. Now a federal senator, he has called the investigation a political attack on his family, took to Twitter, saying “I face today’s events with tranquillity. The truth will prevail! Another piece on the playing board was moved to attack [Jair] Bolsonaro… It’s a brutal game!”

He also accused the president of seeking to interfere in investigations that involved family members, and even requested intelligence reports.

Bolsonaro has urged the Supreme Court to suspend this investigation, saying the justices are politically biased and target his supporters, the BBC reported.

Earlier this week, six far-right militants were arrested, including the alleged leader of the group, Sara Giromini, known as Sara Winter.