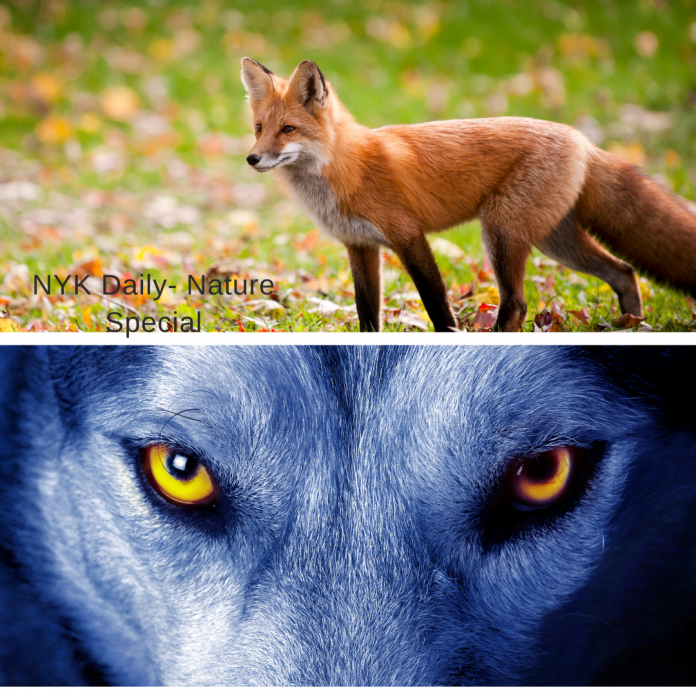 This is the part 9 of fight in the wild series. The last part was a mysterious battle between Black Panther and Cheetah.

Part 8 saw Honey Badger victory over King Cobra. The fourth part was a troubled Eagle victory against the larger Vulture.

Fox is small, they are only able to hunt small insects and birds, they don’t stand a chance against mighty Gray Wolf on papers. However, things can become very tricky. Foxes are known to cunningly steal food and use their brain against the prey. This is an interesting battle between strength and smartness.

That being said, nature is not a fairy tale. In this battle, the wolf will tear apart fox with ease and the strength will easily defeat smartness. Foxes are known to steal food. Our fox is this battle might have been forced into the battle while trying to steal wolf’s food. Wolves don’t take stealing lightly and this battle will be an easy win for the white giant.