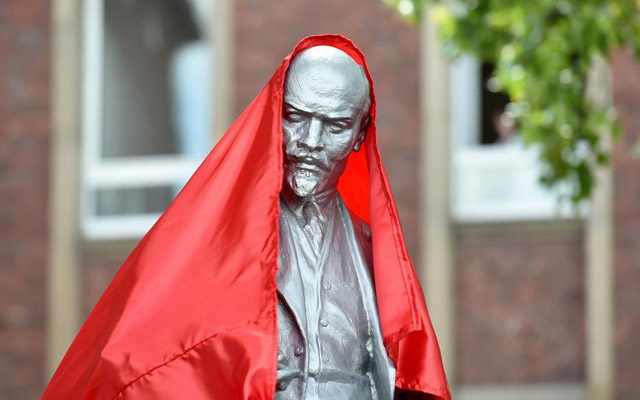 A far-left party in Germany has erected a controversial statue of communist leader Vladimir Lenin, a media report said on Sundau.

The Marxist-Leninist Party of Germany (MLPD) installed the statue in front of its headquarters in the western city of Gelsenkirchen, the BBC report said.

City authorities had attempted to stop the statue being installed and launched an online hashtag saying there was “no place for Lenin”.

But courts blocked their appeals and the unveiling went ahead on Saturday.

Lenin was a leader of the 1917 Russian Revolution and led the country until his death in 1924, when he was succeeded by Josef Stalin.

However, he has remained a symbol of communism rule across the world, both among supporters and those who remember the human rights abuses that took place under the Soviet Union.

Germany itself was divided for decades between the West and the communist East, until the fall of the Berlin Wall in 1989.