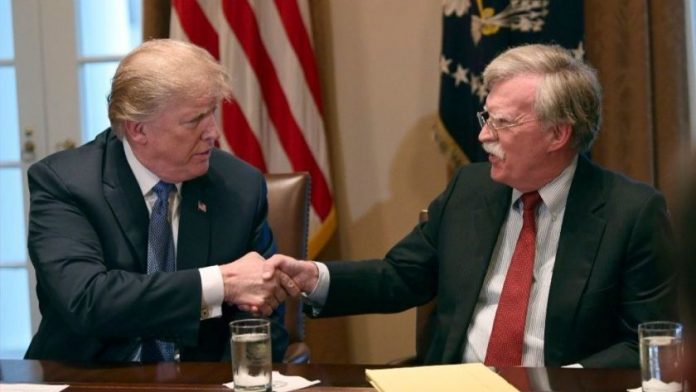 Former US National Security Advisor (NSA) John Bolton said that he hopes history will remember Donald Trump “as a one-term President”, adding the 2020 election was the last “guardrail” to protect the country from him.

In an exclusive interview with ABC News on Sunday, Bolton offered a brutal indictment of Trump, saying: “I hope (history) will remember him as a one-term president who didn”t plunge the country irretrievably into a downward spiral we can”t recall from.

“We can get over one term — I have absolute confidence, even if it”s not the miracle of a conservative Republican being elected in November. Two terms, I”m more troubled about.”

In the interview and in his new book, “The Room Where It Happened: A White House Memoir” slated to release on Tuesday, Bolton paints Trump as “stunningly uninformed”, making “erratic” and “irrational” decisions, unable to separate his personal and political interests from the country”s, and marked and manipulated by foreign adversaries.

Since excerpts of the book leaked, Bolton has faced widesread criticism both from Trump and his allies, for betraying his trust, and from Trump”s critics, for coming out against the President now when he refused to testify before the House impeachment hearings and stayed silent with Trump on trial in the Senate.

Trump himself has blasted Bolton as a “wacko” and “liar”, while accusing him of revealing classified information and attacking him personally: “Everybody in the White House hated John Bolton.”

In the ABC News interview, Bolton predicted Trump”s response to the book would be “volcanic”, adding: “It”s typical of the Trump administration that when faced with criticism, they don”t deal with the substance of the criticism, they attack the person, which I fully expect and doesn”t surprise me.

He further said that he was “very conscious” to avoid including classified information, but, “the people of the country need to hear the reality”.

Bolton told ABC News that he now had “an obligation to let the American people know what it”s like in the White House and what their leader is doing”.

A federal judge ruled on Saturday that while Bolton”s book can be released, publishing it without formal clearance from the White House “has exposed his country to harm and himself to civil (and potentially criminal) liability”.

Bolton served as the 27th US NSA from April 2018 to September 2019. He was fired by the President due to disagreements.