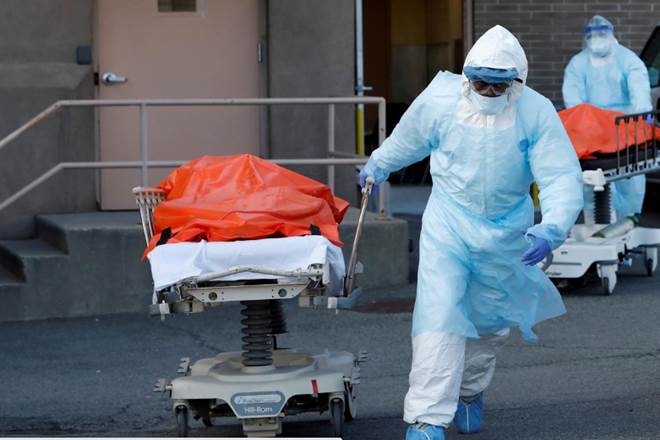 Economists are warning of the growing risk of a second COVID-19 wave in the US as reopening efforts continue across the nation which currently accounts for the highest number of both coronavirus cases and deaths in the world.

“The re-opening of the economy without a vaccine always presented the obvious risk of a second wave, which is by far the largest risk to a steady economic recovery,” economists at Wells Fargo Securities Economics Group wrote in a report on Friday.

“While the US as a whole saw the slowest pace of new case growth since March on Tuesday, it was the very next day that Texas reported its highest one-day total of new cases since the pandemic began. This uptick in case growth has raised concern of a new wave of lockdowns,” the report said.

Joseph Brusuelas, chief economist at accounting and consulting firm RSM US LLP, noted that COVID-19 cases per capita “are exploding across the South and Southwest”, with Texas now at major risk of a significant wave of infections and Arizona”s medical system at risk of being overwhelmed.

“Based on extrapolation of the current rate of infection, the number of cases is likely to approach 2.2 million in the third week of June,” Brusuelas wrote Friday in an analysis.

“We are now concerned that a wave of infections will carry a second round of economic implications.”

Maria Cosma, an associate economist at Moody”s Analytics, warned that cases in the US could rise to such a degree that national and local governments would re-institute lockdowns.

But Treasury Secretary Steven Mnuchin said on Thursday that the country cannot shut down the economy again even if there was another surge in COVID-19 cases.

Mnuchin also said he was prepared to return to Congress to request additional fiscal aid to help the economy and workers weather the pandemic”s impact.

Over 44 million initial jobless claims have been filed over the past 12 weeks as COVID-19-induced recession sent ripples through the US labour market, according to the Labor Department.

A survey released by the National Association for Business Economics (NABE) on Monday also showed that over 80 per cent of panelists viewed a second wave of COVID-19 as the greatest downside risk for the US economy through 2020.

The Wells Fargo Securities Economics Group believed that the road to US economic recovery will be long, and a second wave of the virus will only make it longer.

The US continues with the world”s highest number of confirmed cases and deaths at 2,046,643 and 114,672, respectively, according to the Johns Hopkins University.