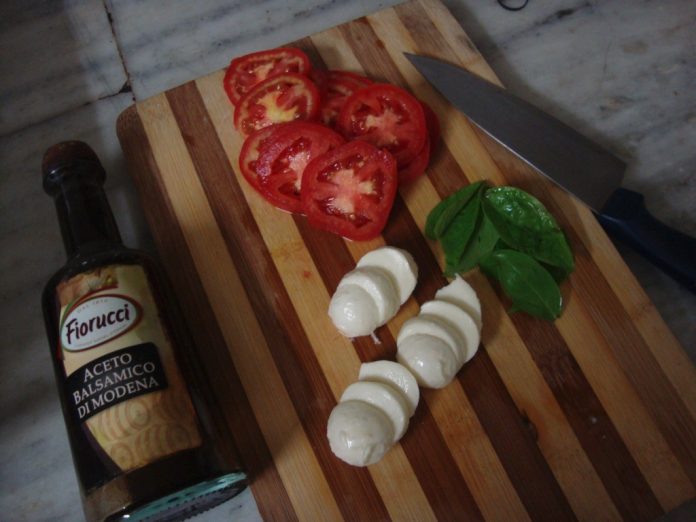 The Basil That Stalked Me

When I first moved out of my parent’s house into a tiny barsati, I knew nothing about tending plants. Mum, however, always grew a tiny patch of herbs. Even as we moved several times in the same government housing compound, somehow we always ended up in ground floor apartments with a backyard and later with a big front lawn too. I have no idea how mum kept these patches green and useful for her kitchen. My only contribution was watering twice a week with a hose which, we kids ended up using on each other and our friends more than to irrigate the plants. You can imagine, the hose was a great tool on Holi!!

In the barsati life, I had to take the entire responsibility for my daily existence from finding and managing a maid to buying provisions, cooking and the rest along with a full-time and exhausting job. As I struggled to manage my life, quite unsuccessfully I must say, my neighbor, also a single woman like me and younger, was doing all this with elan. On top of this, she also grew some lovely plants on the staircase! Oh how that filled me with self-doubt. My self-esteem tumbled swiftly. Thankfully, Su became a good friend in no time, we discovered common acquaintances and that we had overlapped at the same university for some years but in different courses. An important lesson that I took from her was the joy that plants could silently and unobtrusively spread in small and crowded city spaces.

Soon she moved out and I hurdled into matrimony and a two-bedroom flat with a large balcony. Our lives were busy but I was determined to grow plants, any plants. Being quite use-oriented, I started with tulsi and curry patta, stole from friends what they had on their balconies, and had people gift me their plants that were already growing well – I was reducing the chance of plant death! It was not an easy journey and I started to believe in “green fingers”. Mum and Su had them, I didn’t.

Somewhere around this time, I discovered basil and loved the flavor. With great difficulty I managed to grow just one plant which, remained mostly dormant and temperamentally came to life once every few months. Seemed like a cold-blooded conspiracy to me! We moved again to a ground floor house with a big front lawn and my hopes soared. For almost two years I kept trying to grow many plants, basil included that would die on me every couple of months and then a small new sapling would show up. The success rate of about 15.7% wasn’t motivating enough, I conceded defeat.

However, soon after the kid, suddenly every green thing in the lawn and around started growing furiously. The jack fruit tree that had never seen a fruit on itself stood shocked with the bounty it was producing. That year the climatic conditions must have been particularly favorable but we made ourselves believe that the kid had something to do with this all round fertility! Our lone basil plant, that had died and grown back again many times over by now, decided to be fully active through the year – during scorching heat, it slowed a little but continued growing leaves that we could enjoy even if with some rationing.

In my boldness, at this change of fortune, I started sowing basil seeds in pots as well on the periphery of the front lawn. As luck would have it, over a period of next few months, my basil stash had grown to two potted plants and three, almost small bushes in the lawn. Though I still shuddered with anxiety when a friend plucked 27 leaves jumping in joy to make the chutney from her native village in Himachal Pradesh, I did loosen up enough to make pesto once in a while now. In those days I was found bursting with pride by many!

For reasons beyond our control we needed to move house again in the month of April. I clutched my two basil pots – I had over seventy-five potted plants by now, but only two basil – bade farewell to the bushes and moved into a flat. I set these gingerly with the other eighteen on the front balcony, calculating sunlight and wind direction as precisely as I could – ha. The balcony was very sunny and soon, in an effort to protect the plants, S got a green sheet cover installed that could be rolled back. Basil was what I was concerned about most, we had become totally habituated to it in our meals as I learnt to use it in different ways. Everyday salad was rarely without basil or pesto.

Over May, June and part of July, the two basil plants dried-up taking a death-like appearance – I wondered if they had fossilized. Rains were due and I didn’t want to lose hope, not entirely. It rained a bit, scattered over the next few months. While, the fossils didn’t come back to life, we found the balcony buzzing with honey bees most days. In retrospect, even though it took another two months, that is what revived the dead basil plants. A few months more and I had three very healthy leafy plants. Now, someone dancing like Madhuri Dikshit on our balcony was a common occurrence! Meanwhile, incredibly the bees had started to make a hive on one of the basil plants that was not more than two feet tall.

Soon basil was magically sprouting from almost every other pot that I had – was this Potter land?!. At first I was a little perplexed and also amused but in a few weeks it seemed like it was rapidly taking over, as if trying to dislodge the existing plant. I pulled out some of the saplings growing almost at an uncontrollable speed and started sowing them in fresh pots as return gifts to those I had stolen from and anybody else who showed even a wee bit of interest. Two of these pots went to an uncle of S who later told me that he started a weekly basil sapling distribution program to benefit his neighbors – these plants just kept multiplying. He even sent saplings to his son in Mumbai where it apparently continued to flourish.

Four years later having built a pervasive army of this Basil in the city, we moved two thousand five hundred kilometers away, close to the coast. The weather is warm and humid throughout the year and I have again no idea why I haven’t been able to grow basil here in the last four years, I seem to have developed “green fingers” only for weeds. Whatever I sow, I get weeds. Till recently.

Last year uncle also moved from Delhi to the coast about fifteen kilometers from where we are. The Basil progeny traveled with the Mumbai son to uncle. I begged him to give me a pot, he gave me one which seemed at the edge of netherworld. It worsened after I brought it home. Was I going to he responsible for another death? After a few days S decided to sprinkle some compost – managed to get that after much effort due to Corona lockdown – after a good airing of the soil. Its been 8 weeks since then, we have three, yes THREE, vibrant basil pots. The common area has SEVEN small sprigs that I go and talk to every week. Three of my neighbors have TWO pots each and others just come and take from our pots. I am so glad this Basil – strictly speaking its great great great grand children – followed me twenty-five hundred kilometers, truly flattered!