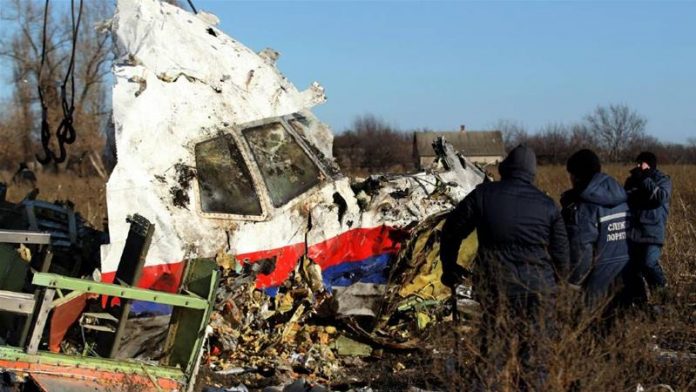 Defense attorneys for a Russian suspect who is one of four people accused of downing Malaysia Airlines flight MH17 over Ukraine on July 14, 2014 have requested more time to prepare their case as the trial in absentia resumed after a hiatus due to the COVID-19 pandemic.

The lawyers said on Monday that the pandemic had hampered their ability to prepare the case and travel to meet the defendants, who remain at large, reports Efe news.

The hearing on Monday, the third since the trial started and the first since the pandemic, was held with social distancing measures in place inside the high security courtroom at Schiphol airport in Amsterdam.

The four suspects – Russians Igor ”Strelkov” Girkin, Sergei Dubinsky and Oleg Pulatov and Ukrainian Leonid Kharchenko – are accused of shooting down flight MH17 from Amsterdam to Kuala Lumpur, which was struck by a Russian-made missile that was fired from eastern Ukraine, which is controlled by pro-Russia separatists.

All of the 298 passengers and crew on board were killed. Victims included 193 Dutch, 43 Malaysians and 38 Australians.

None of the suspects, all of whom held high-ranking positions in the separatist militias, are attending the trial.

Pulatov is the only defendant who has sent lawyers to represent him in the trial.

The last hearing, on March 23, was adjourned to allow the defense more time to prepare.

Leonid Kharchenko led a platoon in the area, according to prosecutors, while Dubinsky and Pulatvos had ties to the Russian Military Intelligence Service (GRU).

Moscow has repeatedly denied any involvement in the incident, despite overwhelming evidence to the contrary.