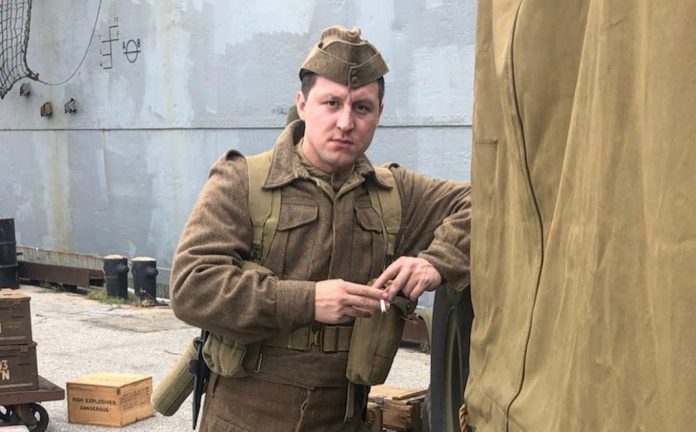 Dan Matteucci has made a name for himself as an actor and his acting career is taking off at an excellent pace. He has appeared in various movies, tv shows, and also participated as a model for different products such as Calvin Klein. In addition to this, Matteucci has got an attractive physique which is also responsible for his high popularity across the globe. His following on social media platforms such as Instagram, YouTube, and Twitter have also been increasing that is boosting his popularity as a social media influencer.

The high influencing power of Dan Matteucci has been helping him get roles in movies, tv-series, and other commercials. He posts videos based on fitness and comedy content that is helping him earn huge popularity across the world. And he also promotes his own line of fitness wear known as MATTEUCCI FIT on his Youtube and Facebook channels.

In a recent phone interview, Dan had confessed that it is his hard work and focus towards his work which allows him to accomplish big milestones in acting. Dan Matteucci’s passion for acting has made it easier for him to deliver his acting performance effortlessly.

The 27-year-old has appeared in various shows such as Legends & Lies (Fox Network), Mercy Street (for PBS), House Of Cards, Copycat Killers (TV 1), Empire (Fox Network), Magic Mike 2 (Warner Bros), etc. He has also worked in a movie called ‘The Fallen’ where he played a guy called Firewall.

Dan Matteucci has played various roles such as an assassin, a cop, an agent for the FBI, and a male stripper. In addition to this, due to his fit body, he has also got opportunities in commercials for Volkswagen, the U.S military and he also acted in The Fate Of The Furious movie.  Due to following an intense fitness regime, Dan Matteucci has got a fit body that is making it possible for him to get more acting opportunities in movies.

He has done a movie called the Fallen and TV show called Turn. But, one of the best projects he has ever done is Wonder Woman 1984.

When asked about Wonder Woman 1984, In his own words:

“I had the opportunity to be a part of this film and it is hands down one of the best projects I’ve been on.”

You can check out the trailer here: