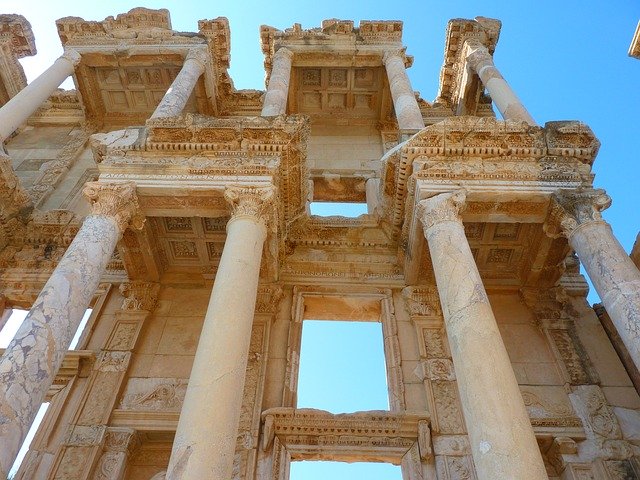 Granite and marble are two primary natural stones widely used in the stone industry. These stones are used in buildings as well as in monumental carving.

Granite is a universally available igneous rock. The texture of granite is usually medium to rough grains. The porphyritic texture is very popular in granite rocks. Several colors of granite stones are extensively available and most of the time, granite is prepared as a massive rock. The value of granite is associated with deposits like quartz, feldspar, and mica. Consistent granite has the same pattern throughout the stone. Variegated granite has different veins creating different patterns that are unmatchable.

It was the early Egyptians who quarried granite particularly for use in various types. Most of their buildings were built using granite and limestone. The only surviving ancient wonder, The Great Pyramid of Cheops was built using limestone. The legendary Pharaoh which is a symbol of exceptional Egyptian civilization was built with granite blocks. The Egyptians had spectacular sculpting skills and the granite blocks of Pharaoh were tailored so flawlessly that you can’t slide even a piece of paper in the rocks.

Ancient Greeks were very much superior in civilization and they were fascinated about marble. The finest architecture and sculpting are works of Greek architecture and marble has been used in several Greek buildings. Exquisite statues with detailed carvings were made out of marble. Buildings built using Marble lasted for several ages. The Parthenon which was built in 441-437 BC is recognized as a symbol of ancient Greek civilization and this scintillating building was built utilizing Pentelican marble.

The Greek empire widely used marbles in their constructions. Temple of Artemis is one of the oldest wonders of the world and it consists of 127 marble columns each of which is 5 stories tall. It was the first monumental structure made using marble. The exalted construction was destroyed by different civilizations that took over Greece, but you can still find foundation and a few columns of the extraordinary marbles.

When natural stones were extensively used in constructing monuments and temples, it was the mighty Greek empire that brought marble to home use. References to baths and pools lined with marble can be seen in early writings. Thassos marble was generally used in bathrooms and this type of marble is still quarried today for practical uses. Building constructions using marble was popular in India too and the Taj Mahal, one of the Seven Wonders of the World was built using pure white marble stones.

After the Egyptian and Greek civilizations made some miracles with natural stones of granite and marble, the Roman Empire chose to try its hands on both granite and marble. Many of the roads of the Roman Empire were established using granite. Public baths became popular in Rome and these baths were built from granite. Pantheon in Rome used granite stones for columns and you can see these columns holding on even today.

Romans loved granite and marble for different reasons. They used granite extensively for construction because the stone is highly durable and strong. Marble was mainly used for aesthetic reasons because Romans believed marble to be the most beautiful stone. The construction pattern of Egyptians and Greek was separate from the Romans. While the former civilizations used massive granite and marble stones to build constructions, Romans used bricks and mortar for buildings and then, lined them with marble and granite slabs. It is because of this reason that Romans were able to build marble cities in a short duration.

The renaissance period is a golden period for all types of artwork. Artists and sculptors were interested in using natural stones for their artwork. Quarrying methods were developed by time and technology use was invented. Innovative and novel users of natural stones increased during the renaissance period. Famous Michelangelo made several beautiful sculptures out of marble. Ornate decorations made using marble and granite were used in decorating churches, temples, and other buildings of magnificent nature. While natural stones were carved into decorative pieces for use at home.

It was only during modern times that natural stones were brought close to mankind. Quarrying techniques were adjusted greatly and there was no need for men to die in quarries dealing with dynamites. Innovative technologies were used in mining natural stones. Also, the world started thinking about eco-friendly materials to be used to build homes. Architects and designers were overly enthusiastic about natural stones that were used in building monuments. In the last decade, people preferred to use more durable, yet stylish materials for constructing homes.

Marble and granite are available in various patterns and colors and it was not easy to find the same pattern of stones. This uniqueness of natural stones made people want more use of natural stones. In the ancient periods, marble and granite were used for lining and decoration. People trusted durable stones and lay flooring using granite and marble. Apart from their baths, living room, bedroom and other rooms in the home had natural stone flooring.

Even though natural stones add elegant beauty to the home, they are highly porous. Harsh substances can easily damage these natural stones. However, thanks to the latest technologies, that it is possible to add more strength to the stones and seal the permeable nature so that these stones can be used extensively at homes. It was only during the last few years that countertops made of marble and granite became famous.

Natural and exquisite stones which were only used by kings and emperors are now available for a common man because floor tiles made of original stones are much more affordable now. Consumers must be very cautious while buying floor tiles and countertops made of marble and granite because natural stones are now made synthetically too. If you prefer aesthetic beauty for your stylish family, always ensure that you buy natural stones that were widely favored by aristocrats of the past.