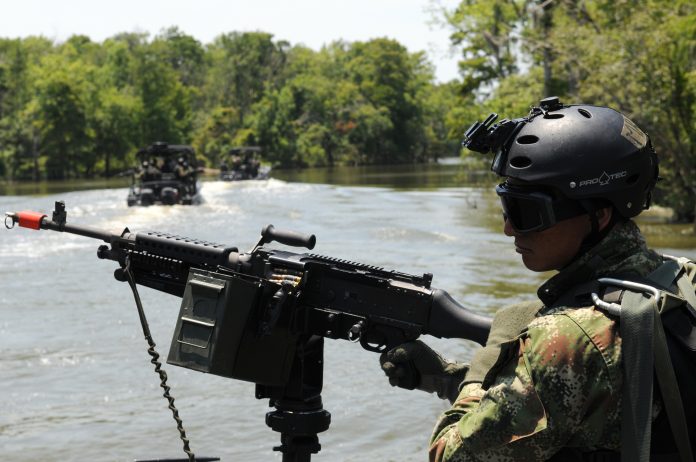 Colombian soldiers have freed two foreign nationals who were being held hostage by FARC rebel dissidents in the country’s southwestern Cauca province, the government said on Thursday.

Daniel Guggenheim of Switzerland and Jose Alburqueque of Brazil were kidnapped on March 16 by a group of dissident members of the Revolutionary Armed Forces of Colombia (FARC), which officially demobilized more than three years ago, the government said in a statement.

The two foreigners had been kidnapped by members of the FARC’s former sixth front, known as the Dagoberto Ramos Mobile Column, who had demanded $1 million for their release.

“With this result a total of six people have been freed from the scourge of kidnapping at the hand of the Dagoberto Ramos Mobile Column,” General Jorge Hoyos, of the Colombian army’s third division, told journalists.

As well as the two foreigners, two dogs that had accompanied them during their kidnapping were freed.

The FARC demobilized under a 2016 peace deal after more than five decades of conflict with the government, becoming a legal political party.

But several top commanders have rejected the accord and chosen either not to demobilize or to return to arms. The government considers the dissidents to be criminals without an ideological motivation unlike the traditional FARC.

In January, Colombia’s government asked the United States and the European Union to include FARC dissidents on their lists of terrorist organizations.

The United States has offered rewards of up to $10 million each for information leading to the arrest or conviction of Seuxis Solarte and Luciano Marin – better known by their respective noms de guerre Jesus Santrich and Ivan Marquez – who are both former leaders of FARC.