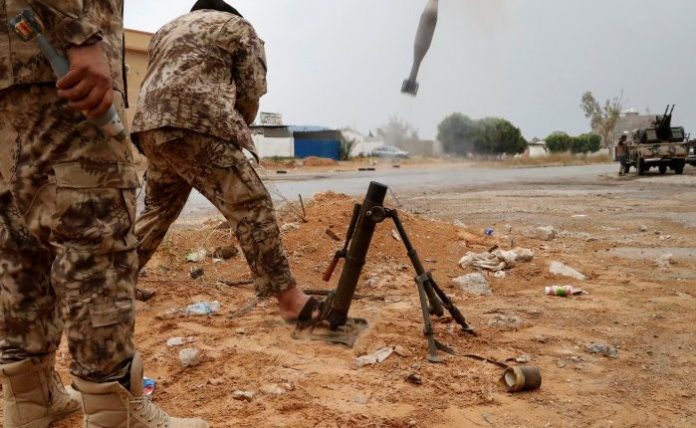 Forces of the UN-backed Libyan government said Monday that one civilian was killed and another injured by a landmine explosion in south of the capital Tripoli.

The two civilians, who had been displaced by a violent conflict between the UN-backed government’s forces and the rival eastern-based army, were returning home when the explosion occurred, the forces said.

“Residential neighborhoods in southern Tripoli witnessed many incidents of landmine blasts that claimed lives of displaced people who returned to their homes, as well as members of military engineering while dismantling those landmines,” they said.

The UN-backed government’s forces accused the eastern-based army of planting landmines inside civilians’ homes before withdrawing from southern Tripoli.

The UN Support Mission in Libya (UNSMIL) recently condemned use of improvised explosive devises against civilians in southern Tripoli, warning all individuals to keep away from unsafe areas.