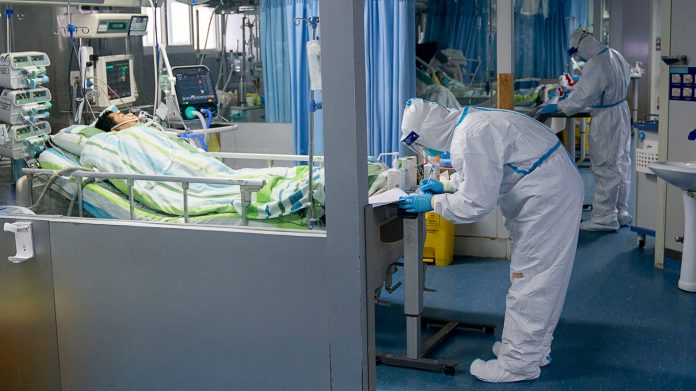 Chinese health authorities said on Thursday that 28 new COVID-19 case were reported in the mainland, of which 21 were registered in Beijing after a fresh outbreak took place at a large wholesale food market in the capital city.

Of the domestically transmitted cases, 21 cases were reported in Beijing, two in Hebei province, and one in Tianjin, Xinhua news agency quoted the National Health Commission as saying in its daily report.

Besides the cases, no deaths were reported, according to the Commission.

As of Thursday morning, the overall confirmed cases on the mainland had reached 84,458, including 265 patients who were still being treated, with nine in severe condition.

By Wednesday, the mainland had reported a total of 1,860 imported cases.

The Commission said 111 asymptomatic cases, including 63 from overseas, were still under medical observation.

Authorities have embarked on a massive operation to test employees of tens of thousands of restaurants and small food stalls, students at dozens of university campuses and hundreds of food markets in Beijing.

Since June 13, 356,000 nucleic acid tests have been carried out, Zhang Qiang, head of the municipal prevention team, said on Wednesday.

Zhang said health workers, those who live in residential complexes where there have been confirmed cases, officials, teachers and students who have resumed classes will all be tested.

Some 355,000 people with a connection to the Xinfadi wholesale food market, ground zero of the new cluster, will also be tested.

The city on Tuesday raised the response alert to level two from three (on a scale of one to four) but has implemented much stricter measures than those stipulated at level two, meaning a ”severe” public health event.

Inter-provincial flights have been suspended and classes have been cancelled at all levels, after resuming over a month ago.