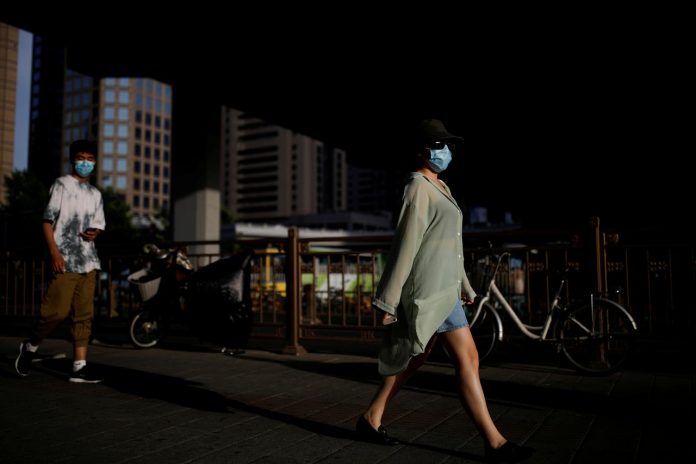 China”s National Health Commission (NHS) on Sunday said that there were 57 new COVID-19 cases detected in the last 24 hours, of which 36 were recorded in Beijing, following a recent outbreak of the virusin the capital city”s main market.

These numbers mark the largest increase in cases in the country, where the pandemic originated in December 2019, in the last two months.

In Beijing, it marked the largest daily increase in coronavirus cases since the data was made public.

On Saturday, the city had announced six new cases from the previous day after an outbreak was detected in the large wholesale market of Xinfadi, which has been sealed along with five others in the capital.

Of the 19 so called imported cases, or those that originated abroad, 17 were detected in the southern province of Guangdong, and one each in Shanghai and Chongqing.

The remaining two infections at the local level, apart from the 36 in the Chinese capital, were detected in the northeastern province of Liaoning, where an infection related to the Beijing outbreak was announced on Saturday.

The NHS did not report any new deaths across the country but said one case was a serious. Moreover, on the whole, two patients had been discharged and 542 close contacts had been released from medical observation.

Currently, the number of active confirmed cases in China amounts to 129, out of a total 83,132 infections reported since the start of the pandemic that has caused 4,634 deaths in the country.

Regarding asymptomatic cases – which China does not count as confirmed cases -, nine new infections were recorded, six of them imported from abroad.

So far, 103 such cases remain under medical observation, 53 of them from abroad.