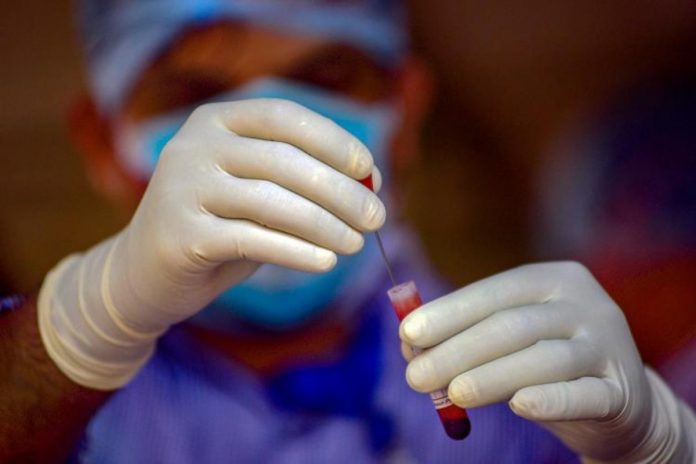 (IANS) The Centre for Cellular and Molecular Biology, Hyderabad, has identified a distinct cluster in the coronavirus found among Indians but made it clear that there is no data yet to say that it is more or less dangerous than the other virus population.

The scientists identified a unique cluster of virus population in 41 per cent of the genome sequenced in India. ”Clade A3i” is found mostly in the southern states of Tamil Nadu and Telangana.

“The sequence analysis ”predicts” one of the mutations could possibly make the Clade A3i weaker than Clade A2a. There is no data to validate it yet,” it added.

Earlier, the premier research institute, under the Council of Scientific and Industrial Research (CSIR), released a fresh preprint on genome analysis of SARS-CoV2 spread in India.

“The results show that a distinct cluster of virus population, uncharacterised thus far, which is prevalent in India – called the Clade A3i. This cluster seems to have originated from an outbreak in Feb 2020, and spread through India. This comprises 41 per cent of all SARS-CoV2 genomes from Indian samples, and 3.5 per cent of global genomes submitted into public domain,” the paper stated.

Epidemiological assessments suggest that the common ancestor emerged in February and possibly resulted in an outbreak followed by a countrywide spread, as evidenced by the low divergence of the genomes from across the country, it added.

CCMB Director and co-author of the paper, Rakesh Mishra said most of the samples from Telangana and Tamil Nadu were similar to ”Clade A3i”.

“Isolates forming this cluster were predominant in a number of states and potentially characterised by a shared set of four genetic variants. The cluster potentially arose from a single outbreak followed by a rapid spread across the country. To the best of our knowledge, this is the first comprehensive report of the novel and predominant cluster of sequences from India and suggests its distribution beyond India in many countries in the Middle East, South Asia, and Oceania,” the paper stated.

During its transmission, SARS-CoV-2 has differentiated into at least 10 clades globally and is continuously evolving. Researchers say this has implications in genetic epidemiology, surveillance, contact tracing and the development of long term strategies for mitigation of this disease.

The genomes isolated from India were found to be classified under 5 clusters. 4 of these clusters are known clades identified by Nextstrain: A2a, A3, B, and B4. The first and the major cluster encompassed 133 (62 per cent) of genomes which fell into the A2a clade of the SARS-CoV-2 genome. The clade was represented by samples derived from multiple states across the country including Gujarat, West Bengal, Maharashtra, Tamil Nadu, and Telangana.

The second-largest cluster consisted of 62 genomes (29 per cent). This cluster of sequences could not be classified into any of the 10 clade sequences defined by Nextstrain. “Considering all the genomic data available from India, the I/A3i clade is represented in 145 genomes (41.2 per cent) and represented from 16 of the 19 states from which the genomes originated. The states of Tamil Nadu, Telangana, Maharashtra, and Delhi have the highest proportions of this clade, followed by Bihar, Karnataka, Uttar Pradesh, West Bengal, Gujarat, and Madhya Pradesh,” the paper added.