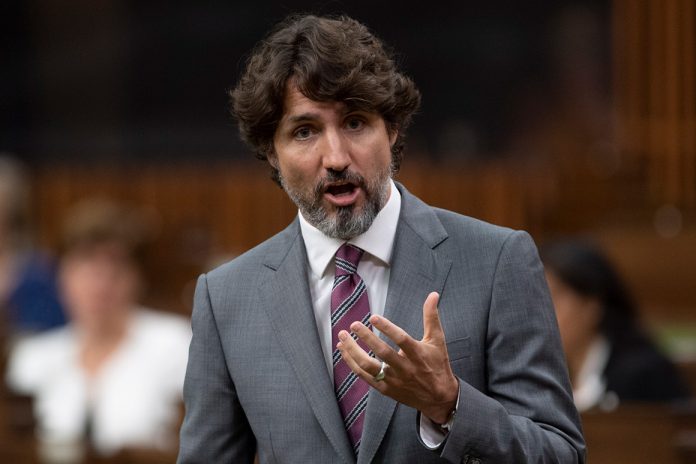 Canadian Prime Minister Justin Trudeau said that the country”s police should be equipped with body cameras as a simple way to address complaints of racism and brutality.

“With the many disturbing reports of violence against black Canadians and indigenous people, we know that we need to do much more,” Trudeau said at a press conference in Ottawa on Monday.

Trudeau said he plans to raise the issue of body cameras for police officers in his conversations with provincial premiers and has already discussed it with the Royal Canadian Mounted Police (RCMP) Commissioner Brenda Lucki, reports Xinhua news agency.

He pointed out that systemic discrimination and racism in Canada goes much further than just policing.

“It”s about poverty and mental health. It”s about the fact that people are all too often treated like criminals instead of receiving the support they need.”

These problems are tied to economic inequality and the racialization of poverty, Trudeau said, noting that various levels of governments need to work together and need to adopt “bold measures”.

The Prime Minister”s push for police body cameras comes as calls for police reform are part of a broader debate in Canada about police use of force, caused both by incidents in Canada and by the continent-wide wave of protests triggered by African-American George Floyd”s death in police custody.

Last week, Canadian media reported several incidents across the country, including allegations of police brutality from a First Nations chief in Alberta and the fatal police shooting of a 26-year-old indigenous woman in New Brunswick.

Thousands of protesters returned to the streets in Toronto, Montreal, Ottawa and other cities over the weekend to protest against racism, systemic discrimination and police brutality in the country.