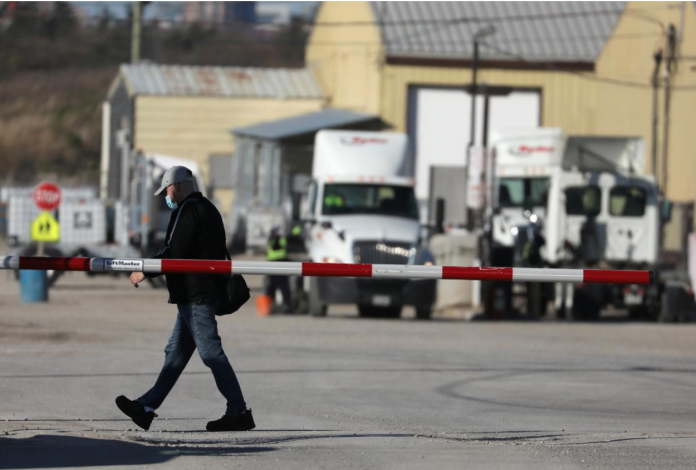 As part of the review, surprise inspections of working and living conditions on farms will immediately increase, Ashley Michnowski, communications director for Canada’s employment minister, said. Other changes are being developed, she said.

Migrant workers cited a litany of concerns, including cramped, decrepit housing and being forced to work while awaiting COVID-19 test results, according to a report this month by Migrant Workers Alliance for Change.

Canada’s review of the program was first reported in the Globe and Mail newspaper.

Mexico’s labor ministry said on Tuesday it will stop sending temporary workers to Canadian farms with outbreaks that do not have proper worker protections.

Canadian farmers rely on 60,000 temporary foreign workers, mainly from Latin America and the Caribbean, to plant and harvest crops.

Another factor contributing to the outbreaks may be a patchwork of housing standards. In Ontario, they vary by municipality, while other provinces set standards themselves, said Beth Connery, a Manitoba vegetable farmer and chair of the Canadian Horticultural Council’s labor committee.

Some foreign workers do not report sickness because they may not get paid during self-isolation or because they don’t understand the health care they are entitled to, said Dr. Wajid Ahmed, Medical Officer of Health for Ontario’s Windsor-Essex County Health Unit.

Others do not follow physical distancing because of crowded accommodations or when they meet workers from other farms, he said.