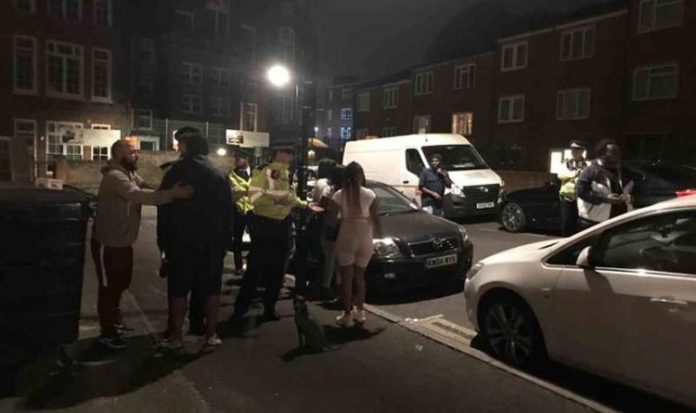 British police officers were attacked while attempting to disperse an illegal party overnight in west London, the second such incident in two days.

As Britain lifts its coronavirus lockdown, police have had to deal with a number of illegal parties and raves across the country.

“Objects have been thrown at officers dispersing the crowd,” police said. “Violence will not be tolerated.”

The previous night, 22 police officers were hurt during trouble at an unauthorised music event in south London.