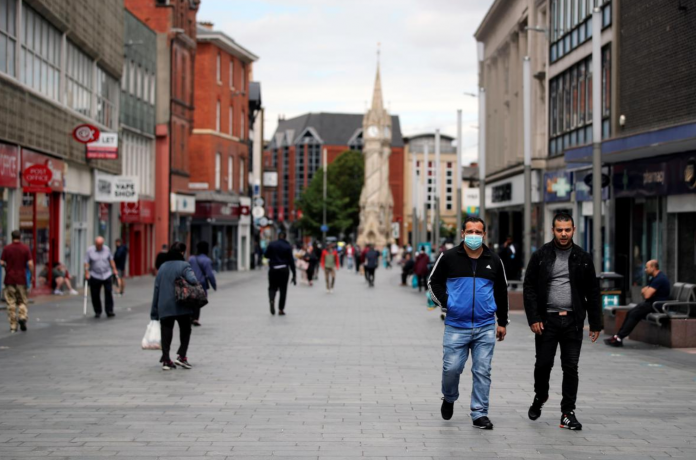 Britain has imposed a stringent lockdown on the English city of Leicester following a local flare-up of the novel coronavirus, overshadowing Prime Minister Boris Johnson’s attempts to nudge the country back to normality.

The United Kingdom has been one of the world’s worst-hit areas, with more than 54,000 suspected deaths, though infections have waned and many restrictions are to be lifted across England from Saturday to revive the economy.

However, in Leicester, in the eastern Midlands, that relaxation is in reverse after figures showed its seven-day infection rate was three times higher than the next worst city. Leicester accounted for 10% of positive cases in England in the past week, the government said.

“Going back into lockdown might be a good thing to get rid of the virus. But on the other hand, a lot businesses are going to suffer,” Shane Durrant, who works at a bookmaker that had just begun reopening, told us.

The Leicester lockdown drew attention away from a speech by Johnson in Dudley, 50 miles away, to detail plans for rebuilding the economy after the lockdown.

“I thank the people of Leicester for their forbearance,” he said in the speech. “I always said there were going to be local flare-ups and that we would deal with them locally, and that’s what we are doing in Leicester and we’ll do it elsewhere.”

Health Minister Matt Hancock said the government was still analysing the exact reasons behind the rise in Leicester and added that the local lockdown would require legal changes with new measures enforced by police.

Leicester mayor Peter Soulsby said it had been hard to get details from the government including what areas the lockdown would cover.

Schools in the city, where the remains of King Richard III of England were found in 2012, will close from Thursday after an unusually high incidence of infections in children.

Residents said people had been widely flouting social distancing and other measures when the government first began easing rules two weeks ago.

“I think if people listened and stayed at home, then we wouldn’t be here,” said Bob Sharma, a bank manager.