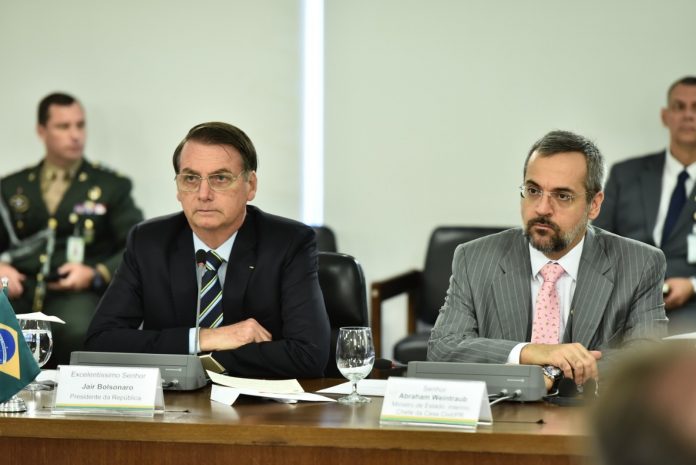 Brazil’s Education Minister Abraham Weintraub announced Thursday that he was leaving the post and heading to the World Bank as one of its directors.

He made the announcement in a video posted on Twitter, in which he appeared standing next to President Jair Bolsonaro.

“I am leaving the MEC (Ministry of Education) and I am beginning the transition now … to the provisional or definitive minister who will replace me,” he said.

Weintraub was recently embroiled in controversy following a leaked video of a cabinet meeting on April 22 showing him criticizing the judges of the Federal Supreme Court, who he said should be arrested.

On Wednesday the court included him in an investigation into alleged generators of fake news, which was reportedly in relation with Bolsonaro’s supporters.