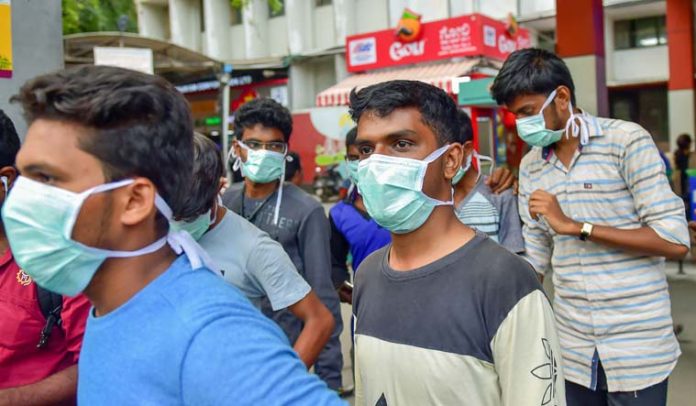 The Covid infection rate in the city is a miniscule 0.003 per cent compared to a population of 1.2 crore people, said a minister on Friday.

“The population of Bengaluru is estimated at 1.2 crore. The total number of infected persons in the city from the last two months to Thursday evening was 424,” tweeted state Primary and Secondary Education Minister S. Suresh Kumar.

He said Bengaluru”s infection rate is 0.003 per cent.

A Covid patient committed suicide by jumping from a building and was categorized as a non-Covid death.

Though the rate of infection in the city is not as high as other places in the state, it has witnessed the highest number of Covid deaths in Karnataka.

These statistics are for Bengaluru Urban, as categorized by the state Health and Family Welfare department.

Though the city bore the burden of the highest number of cases for a long time, infection spikes have resulted in other towns and districts overtaking the city.

The initial Covid cases in Karnataka were recorded in the city in people who returned from international travel.

Incidentally, the outskirts of the city categorized as Bengaluru Rural, has one of the lowest infection rates.

Bengaluru Rural has seen only 19 infections until now, out of which only seven are active with 11 discharges and only one Covid death.