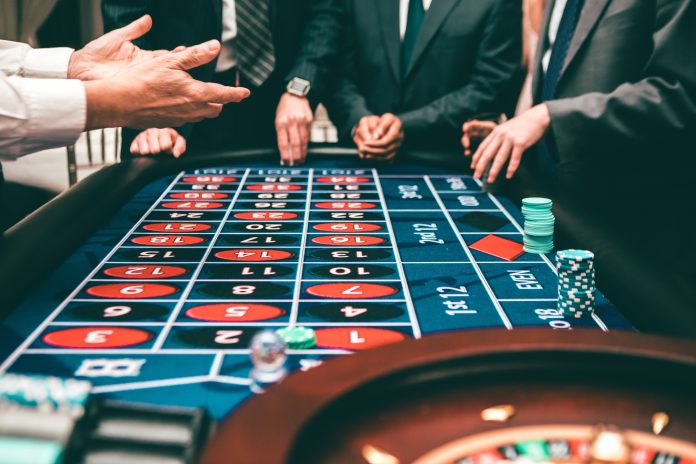 Casinos all around the globe are facing quite bad future owing to the covid 19 outbreak. Casino makers are looking for ways to clean the money and put up a transparent system as soon as possible. Since large gatherings will also be prevented in future, thus the future of casinos look quite bleak.

New Zealand Government is looking to shut down the pokie machines and instead use the funds in more productive ways. With Covid 19, the Government has seen this as a positive way to reform the system. This sector has witnessed a huge drop this year because of the long shutdown this year.

The Government and even experts have also indicated that the time has come to come up with gambling framework so that such backdoor money could be controlled and checked. There have been also reports which has highlighted to the fact that community organizations and welfare measures are highly dependent on the NZ casino money but many have also agreed to the fact that since there is no other way, thus this seems to be the only solution right now. Many have also said that many people who are living in the lowest strata of new Zealand would love to lose money that opt for a national cause. The research also points out that the Government must shut down the pokie gambling for at least six months and then they can come up with new measures to utilize that money.

But many also believe that the NZ casino can be removed completely without impacting the community welfare money. Covid 19 situation has given the Government a time and chance to utilize the community funding in a different and may be productive way. Now, people are urging the government to utilize this money in a much more transparent, fair and sustainable way. Of course people agree that the situation is not going to be an easy one, but with the current possibility it might be given a chance. Experts have also suggested that government should provide at least 1 year of grant in the form of seed funding to this community organization and then they can try to replace the grant system entirely.

Sports are seen to be quite heavily dependent on the grant money received from NZ casino. It’s time that sports department should also have a second look on the same so that the money there can be utilized effectively and in an equitable manner.

Government also wants to reduce the pokie machines in the poor areas. This is because these are the places which are employment wise sensitive and they need support and they also leave in quite poor housing conditions. And many pokie clients are also telling that once they open up, they might have to face that situation when they are afraid of opening their shops. NZ casino clients are unsure what might happen and thus they are asking for more time so that situation gets eased up a bit.

Finally, the experts are also saying that the money will be spent inevitably but it will be spent on different needs rather than the pokie need. People will now spend the money on their family needs like getting house repaired, car repaired, buying children clothes and a lot more and thus Government will be earning their GST in some way or the other. It is just that they will be not earning their GST through the pokie money.

New Zealand casino government believe that pokie trust system is highly reliable and this is quite transparent and efficient. Now, the Government and local communities are both working on a way to remove this electronic pokie gaming machines. In recent times, pokie has expanded it’s base and now it has taken a shape of commercial gambling which is again associated with alcoholism, depression and suicides.

Many people also believe that pokie and poor kids are directly related. Poverty in first world  countries are not at all appreciated and thus the government is already trying to deal with poverty. On top of this, pokie gambling is something government doesn’t want to stress upon. And thus they are looking for better and productive ways to deal with this money.

And with this may be NZ casino will be shut down and the trend of online casinos will increase. Anyways with present situation online or digital market has witnessed an upsurge and it is expected that anything which is associated with the digital market medium will also witness an upsurge and revolution in the coming times. These testing times are really tragic for a number of business houses and we are sure that businesses will have a new face and medium to operate once the world emerges from covid 19 outbreak.