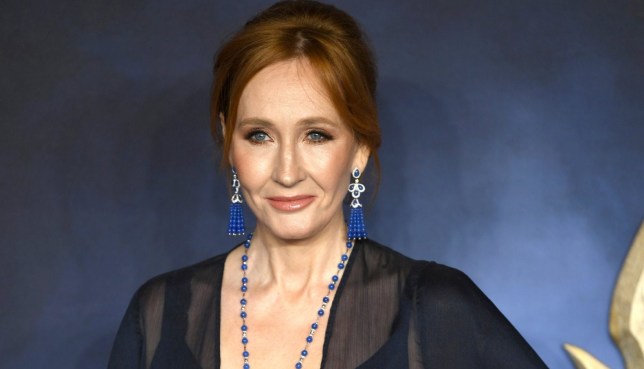 A lot of people on Twitter are calling out “Harry Potter” author J.K. Rowling for a series of anti-trans tweets on Saturday afternoon.

Rowling’s latest controversy began when she responded to an article from Devex, a media platform for the global development community, titled “Opinion: Creating a more equal post-COVID-19 world for people who menstruate.”

“’People who menstruate.’ I’m sure there used to be a word for those people. Someone help me out. Wumben? Wimpund? Woomud?” Rowling tweeted.

People on Twitter immediately called Rowling’s comments “anti-trans” and “transphobic” as transgender people, non-binary people and gender-nonconforming people can also menstruate. Rowling followed that tweet up by criticising the idea that someone’s biological sense isn’t acceptable to the society.

“If sex isn’t real, there’s no same-sex attraction. If sex isn’t real, the lived reality of women globally is erased. I know and love trans people, but erasing the concept of sex removes the ability of many to meaningfully discuss their lives. It isn’t hate to speak the truth,” she wrote. “The idea that women like me, who’ve been empathetic to trans people for decades, feeling kinship because they’re vulnerable in the same way as women — ie, to male violence – ‘hate’ trans people because they think sex is real and has lived consequences — is a nonsense.”

She added that she respects trans people’s right to live comfortably and later struck out at people calling her a TERF, a trans-exclusionary radical feminist.

“I respect every trans person’s right to live any way that feels authentic and comfortable to them. I’d march with you if you were discriminated against on the basis of being trans. At the same time, my life has been shaped by being female. I do not believe it’s hateful to say so,” she added.

The LGBTQ rights organization GLAAD responded to Rowling’s comments, saying the author has aligned herself with an ideology that “willfully distorts facts about gender identity and people who are trans. In 2020, there is no excuse for targeting trans people.”

Rowling has come under fire for voicing similar opinions before. In December, she received backlash for supporting a researcher who lost her job after saying a person cannot change their biological sex. GLAAD had issued a statement in response to Rowling’s previous tweets.

“J.K. Rowling, whose books gave kids hope that they could work together to create a better world, has now aligned herself with an anti-science ideology that denies the basic humanity of people who are transgender,” said Anthony Ramos, head of talent at GLAAD. “Trans men, trans women and non-binary people are not a threat, and to imply otherwise puts trans people at risk. Now is the time for allies who know and support trans people to speak up and support their fundamental right to be treated equally and fairly.”