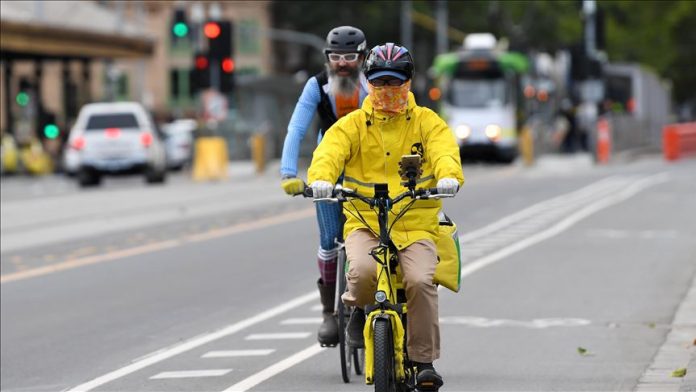 Australia’s second most populous state of Victoria recorded a double-digit rise in new coronavirus cases for the third straight day on Friday, raising doubts about how quickly the economy can resume.

The state’s tally rose by 13 to 1,792 after 18 new cases on Thursday and 21 the day before. Neighbouring New South Wales state, of which Sydney is the capital, reported seven new cases taking the country’s tally to 7,409.

Other states and territories recorded no new cases.

“We’re hoping that this isn’t the beginning of a second wave and we’re doing everything we absolutely can to make sure that that’s not the case,” said Victoria’s deputy chief health officer, Annaliese van Diemen.

“My hope is that this is a blip and that we will continue in a downwards trend.”

Australia has been held up as one of the world’s top coronavirus mitigation success stories.

In all, 102 people have died of COVID-19, the disease caused by the coronavirus, in Australia but it has reported no new deaths for more than three weeks.

Parts of Australia say they have eliminated the virus with some states and territories reopening borders to allow domestic travel while gyms, cinemas and restaurants are also back in business.

Victoria, of which Melbourne is capital, plans to start relaxing restrictions next week, allowing gyms, cinemas, indoor sports centres and concert venues to reopen from Monday.

However, the spike in new cases has thrown the plan into doubt.

“We don’t want to take any chances and if it does continue to climb, we will be taking all of that into account when we decide whether or not to ease further on Monday,” Diemen said.

Budget carrier Jetstar, a unit of Qantas, sold almost 70,000 tickets on Friday morning, with Melbourne to the Gold Coast and Cairns among the most popular routes.