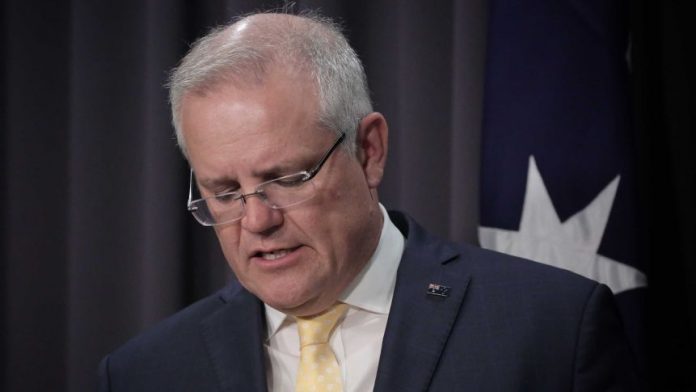 A massive cyber attack hit Australian Government and businesses on Friday which is reported to be handiwork of a nation-state backed hacking group and China is top on the suspect list, the media reported.

“This activity is targeting Australian organisations across a range of sectors, including all levels of government, industry, political organisations, education, health, essential service providers and operators of other critical infrastructure,” Morrison told the media.

According to The New Daily, government agencies believe “China is behind cyber attacks on Australian institutions, including hospitals and state-owned utilities”.

The report quoted ABC television as saying that government sources had confirmed the attacker was China, while Australian Strategic Policy Institute executive director Peter Jennings told The Australian it was “very clear” that the Asian giant was behind the cyber attack.

If this stands true, the hacking would further worsen the relations between the two countries which are already strained around the origin of Covid-19 and sentencing to death of an Australian drug smuggler.

Morrison, however, did not name China.

“I can only say what I have said. We know it is a sophisticated, state-based cyber actor because of the scale and nature of the targeting and the tradecraft used. Regrettably, this activity is not new. Frequency has been increasing,” he was quoted as saying.

According to the Council on Foreign Relations, China, Russia and Iran are the top three states suspected of sponsoring cyber operations.

The Australian Cyber Security Centre has been “actively working with targeted organisations to ensure that they have appropriate technical mitigations in place and their defences are appropriately raised”, according to reports.

Defence Minister Linda Reynolds was quoted as saying there was “no doubt that malicious cyber activity is increasing in frequency, scale, in sophistication and in its impact”.