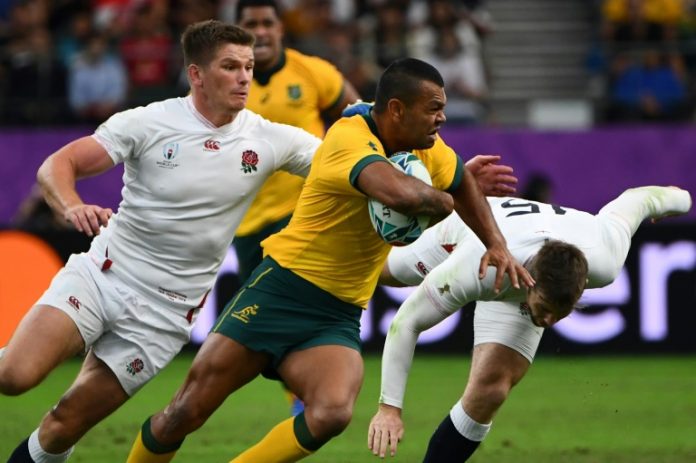 Australian utility back Kurtley Beale would “love” to play in a fourth Rugby World Cup and plans to keep putting himself in contention for the Wallabies.

The 92-Test veteran will join Paris-based Racing 92 at the end of the current Australian season but will remain eligible to play for his country because of the number of caps he has earned.

Australian players based overseas can only be considered for the Wallabies if they have played at least 60 Tests — a rule designed to deter young talent from heading overseas.

Whether Beale will be part of new Australian coach Dave Rennie’s plans remains to be seen, but the 31-year-old insisted he still had plenty to offer and the 2023 World Cup in France was a key goal.

“You feel like a lot of people would say I’m a long way off, but … I’ve had the opportunity to be at three World Cups now, I’ve got a fair idea on what is required and needed,” he told Wallaby great David Campese in a podcast.

“You saw in 2015 the impact Drew Mitchell and Matt Giteau had when they came back (for Australia). A lot of people were writing them off and saying the young guys should be coming through and given the opportunity.

“But if you want to win World Cups then you need experience, and in-form players that are coming back and are used to those big-pressure moments.”

Should Beale appear at a fourth World Cup, he would join George Gregan and Adam Ashley-Cooper as the only Australians to achieve the feat.

“I’d love to keep playing for the Wallabies forever. I’ll be doing everything I can moving forward, especially in this next chapter, to put my best foot forward to wear the Wallaby gold again,” he added.

Before joining Racing 92, Beale will need to do some homework.

Asked by Campese who his new coach would be, Beale replied: “That’s a tough question mate … I don’t know the name of him.”

Beale will add his free-flowing vision to an already flair-filled international backline at the club, which includes Scotland’s influential fly-half Finn Russell as well as world-class wings Simon Zebo of Ireland and France’s Teddy Thomas.