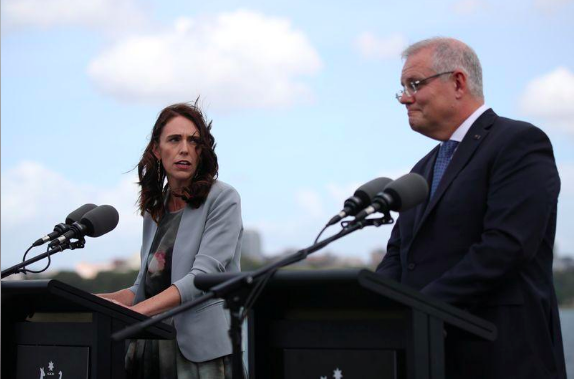 The prime ministers of Australia and New Zealand have sent a letter to FIFA emphasising their support for a joint bid to host the 2023 Women’s World Cup as soccer’s global governing body prepares for the final vote this week.

FIFA’s Executive Council will make a decision on hosting rights on Thursday. Colombia is the only other bidder after the Japanese Football Association withdrew on Monday.

Australian Prime Minister Scott Morrison and his New Zealand counterpart Jacinda Ardern wrote in an open letter to FIFA on Tuesday that the two countries would host a tournament to be proud of.

“An Australia-New Zealand FIFA Women’s World Cup would embody our passion for women’s football and proud commitment to equality and fairness, creating a profound and enduring legacy for the future of women’s football within the region and beyond,” they said in the letter.

The joint bid is the first from across confederations and would be the first Women’s World Cup to be held in the southern hemisphere and the Asia-Pacific region.

“We are doing everything we can in this crucial last phase to communicate just what a game changer our hosting concept would be for women’s football – across the Asia-Pacific region and beyond,” they said in a joint statement.

The joint bid was rated 4.1 out of five in a FIFA evaluation report, Japan was awarded 3.9 while Colombia scored 2.8.

The head of the Colombian Football Federation told Reuters on Monday that the report, which highlighted that security could be an issue if Colombia hosted the event, was based on a preconceived bias rather than reality.