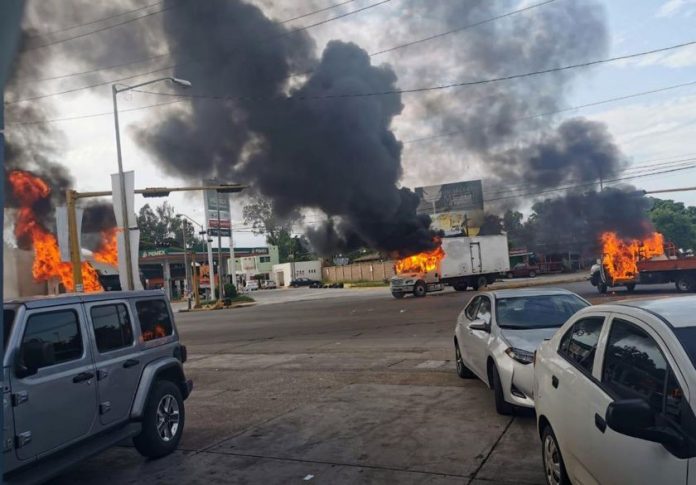 Security forces found the bodies of seven supposed cartel hitmen on a dirt road, strewn next to a bullet-riddled pickup truck, apparent victims of a shootout.

“There are seven bodies, most of whom were wearing tactical clothing and vests, apparently only one firearm was found,” said public security minister Cristobal Castaneda. “Clearly this is a fight between gangs or organized criminal groups,” he added.

A separate attack on a small town left another nine fatalities, seven of them supposedly local residents and the other two bodies have not been identified.

One of the unidentified bodies had an AK-47, said Castaneda.

Mexican President Andres Manuel Lopez Obrador assumed the presidency in December 2018 pledging to pacify the country with a less confrontational approach to security, but violence has continued rising and murders hit an all-time high last year.