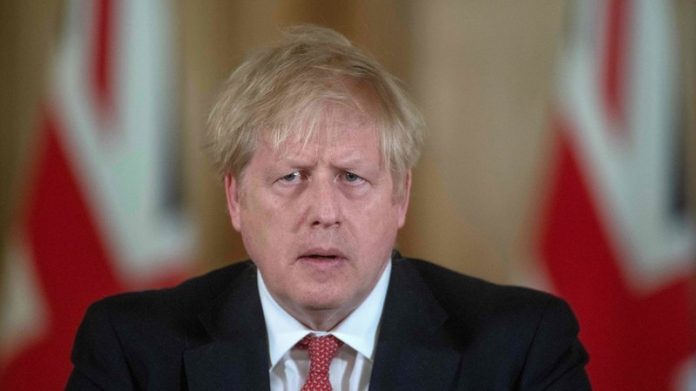 UK Prime Minister Boris Johnson has said the weekend’s anti-racism protests were “subverted by thuggery” after some demonstrators clashed with police, it was reported on Monday.

Thousands of protesters gathered on Saturday and Sunday in London, as well as cities across the UK including Bristol, Manchester, Wolverhampton, Nottingham, Glasgow and Edinburgh, the BBC reported.

Protests were generally peaceful, with aerial footage showing thousands of demonstrators flooding the roads outside the US embassy in Vauxhall, south London, before marching towards Parliament Square and Downing Street.

Unrest in London on Sunday led to eight officers being injured and 12 people being arrested.

In Bristol, police confirmed there would be an investigation into “criminal damage” of a statue of Edward Colston – a prominent 17th Century slave trader – which was ripped down by protesters.

Johnson condemned the violence, posting on Twitter: “People have a right to protest peacefully &amp; while observing social distancing but they have no right to attack the police.

“These demonstrations have been subverted by thuggery – and they are a betrayal of the cause they purport to serve. Those responsible will be held to account.”

Paulette Simpson, director of The Voice newspaper, said violence was regretful but had not hijacked the protest.

Simpson, the director of one of Britain’s top black newspapers, said people had a “legitimate right” to protest issues that have “reached boiling point”, but urged people “to restrain themselves” and to try to “contain” their emotions, the BBC reported.

She said she did not feel the violence had “hijacked” the protests’ message, but appealed to people not to do so.

John Apter, national chairman of the Police Federation, said while he understood there was “an awful lot of anger and frustration” his “concern and sadness” was that the “legitimate message” of the protests had been “hijacked by some who are intent on violence” against police.

He told the BBC that it was “unforgivable” that some people have been “laughing and joking” about violence faced by police – and warned it could lead many people to “lose sympathy” for the protests.