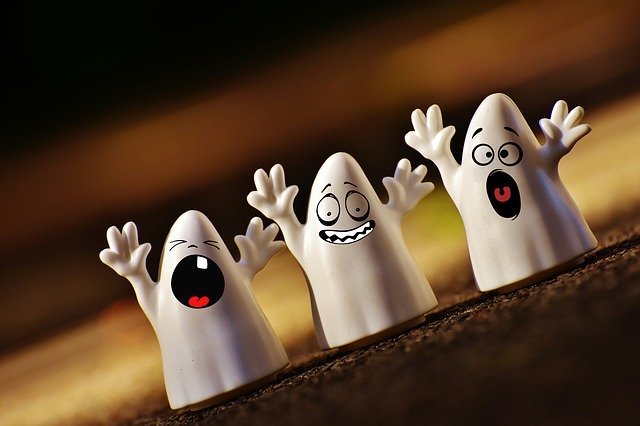 In legends, a ghost is the soul or essence of a dead person or even animal that can rise to living beings. In ghost-lore, stories of ghosts vary extensively from an invisible presence to translucent or barely visible wispy shapes, to vivid, lifelike figures. The intentional attempt to contact the spirit of a dead person is known as necromancy, or in spiritism as a séance.

Here is the complete history of Ghosts starting from the ancient era.

There are many sources that lead to ghosts in Mesopotamian religions – the beliefs of Sumer, Babylon, Assyria, and other early states in Mesopotamia. Traces of these theories survive in the later Abrahamic religions that came to dominate the region. Ghosts were thought to be formed at the time of death, taking on the mind and character of the dead person. They went to the netherworld, where they were allocated a position, and led a life similar in some ways to that of the living. Relatives of the dead were supposed to make offerings of food and drink to the dead to ease their conditions. If they did not, the ghosts could inflict misfortune and illness on the living. Traditional healing methods ascribed a mixture of illnesses to the action of ghosts, while others were caused by Gods or demons.

There was a popular belief about ghosts in ancient Egyptian culture. The Hebrew Bible contains few references to ghosts, associating spiritism with forbidden occult activities cf. Deuteronomy 18:11. The most striking reference is in the First Book of Samuel (I Samuel 28:3–19 KJV), in which a disguised King Saul has the Witch of Endor summon the spirit or ghost of Samuel.

The soul and spirit were assumed to exist after death, with the ability to assist or harm the living, and the possibility of a second death. Over a period of more than 2,500 years, Egyptian theories about the nature of the afterlife evolved constantly. Many of these ideas were recorded in hieroglyph inscriptions, papyrus scrolls, and tomb paintings. The Egyptian Book of the Dead collects some of the beliefs from different periods of ancient Egyptian history. In modern times, the fanciful concept of a mummy coming back to life and seeking revenge when disturbed has spawned a whole genre of horror stories and films.

Ghosts appeared in Homer’s Odyssey and Iliad, in which they were reported to be vanishing “as a vapour, gibbering and whining into the earth”. Homer’s ghosts had little communication with the world of the living. Periodically they were called upon to provide advice or prophecy, but they do not appear to be especially feared. Ghosts in the classical world often appeared in the form of vapour or smoke, but at other times they were portrayed to be firm, appearing as they had been at the time of death, complete with the wounds that killed them.

By the 5th century BC, classical Greek ghosts had become haunting, frightening creatures who could work to either good or evil purposes. The spirit of the dead was believed to hover near the resting place of the corpse, and cemeteries were places the living avoided. The dead were to be ritually mourned through public ceremony, offering, and libations, or else they might return to haunt their families. The old Greeks held annual celebrations to honor and placate the spirits of the dead, to which the family ghosts were invited, and after which they were “firmly invited to leave until the same time next year.”

The 5th-century BC play Oresteia incorporates an appearance of the ghost of Clytemnestra, one of the first ghosts to appear in a work of fiction.

The ancient Romans believed a ghost could be used to exact revenge on an enemy by scratching a curse on a piece of lead or pottery and placing it into a grave.

Plutarch, in the 1st century AD, described the haunting of the baths at Chaeronea by the ghost of a murdered man. The ghost’s loud and frightful groans caused the people of the town to seal the doors of the building. Another famous account of a haunted house from the ancient classical period is given by Pliny the Younger. Pliny describes the haunting of a house in Athens, which was bought by the Stoic philosopher Athenodorus, who lived about 100 years before Pliny. Knowing that the house was supposedly haunted, Athenodorus intentionally set up his writing desk in the room where the apparition was said to appear and sat there writing until late at night when he was disturbed by a ghost bound in chains. He followed the ghost outside where it indicated a spot on the ground. When Athenodorus later excavated the area, a shackled skeleton was unearthed. The haunting ceased when the skeleton was given a proper reburial. The writers Plautus and Lucian also wrote stories about haunted houses.