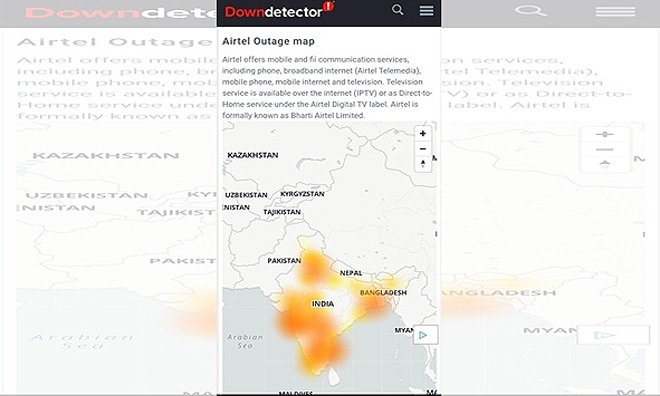 (IANS) Airtel on Sunday said there was no major outage on its broadband network on Saturday evening, after several users reported no access to Internet and broadband services according to the data from the popular outage detection portal Downdetector.

The company said that “Downdetector.in shows no outage for Airtel Broadband for the month of June”.

Earlier, several users expressed frustration on social media platforms like Telegram, saying they are unable to access streaming services like Netflix from 11 p.m. till 2 a.m. over the weekend.

“I called Airtel broadband customer care and got an automated voice message saying that services will resume by 3 a.m. on June 7,” posted one user.

Most of the users were unable to get through to the customer care portals or the Airtel Thanks app.

Another user posted on Telegram: “Airtel Thanks App also showed network outage, saying ”we regret the service disruption is due to the network outage”.”

The broadband services were later resumed by 2 a.m.

Media houses also saw disruption of the Internet services. At the IANS office, Airtel services were disrupted during the reported period.