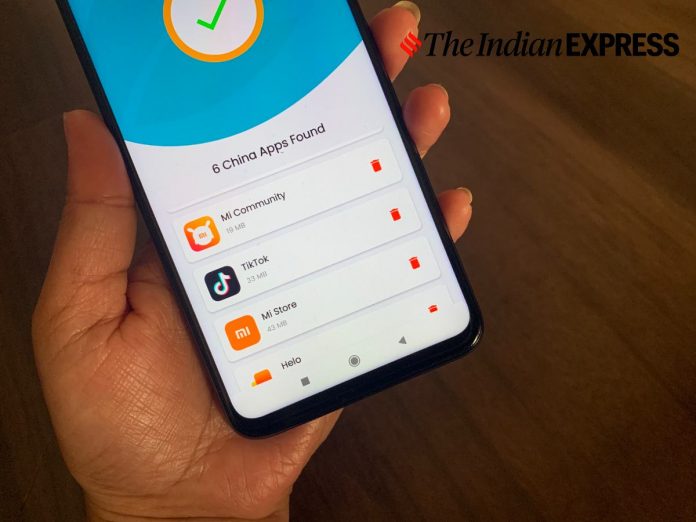 Offered by Jaipur-based OneTouch AppLabs, the ”Remove China Apps” was released on Google Play Store on May 17.

In a tweet late on Tuesday, OneTouch AppLabs confirmed that Google has “suspended” the app.

“Dear Friends, Google has suspended our #RemoveChinaApps from google play store. Thank you all for your support in past 2 weeks…,” read the tweet.

It did not mention why the app was removed.

Google Play Store does not allow apps that “attempt to deceive users or enable dishonest behaviour”.

OneTouch AppLabs published a disclaimer on its website that Remove China Apps was “being developed for educational purposes only … we do not promote or force people to uninstall any of the application(s).”

However, users reported that the app helped them remove Chinese apps.

According to a report in TechCrunch, some users even found that the Remove China Apps flagged content with hardly any clear China link, including U.S. video conferencing tool Zoom.

The Remove China Apps became hugely popular in India as it crossed five million downloads from Google Play Store in just about 15 days since its launch.

It was even ranked No. 1 among the top free apps on Google Play.

The popularity of the app came amid border tensions between India and China in Ladakh and calls by Indian activists to boycott Chinese products.

Google on Tuesday removed another popular app, Mitron, from its Play Store for allegedly violating its spam and minimum functionality policy.

The removal of the app came soon after reports emerged that the Mitron app is a repackaged version of TicTic, which is a TikTok clone.