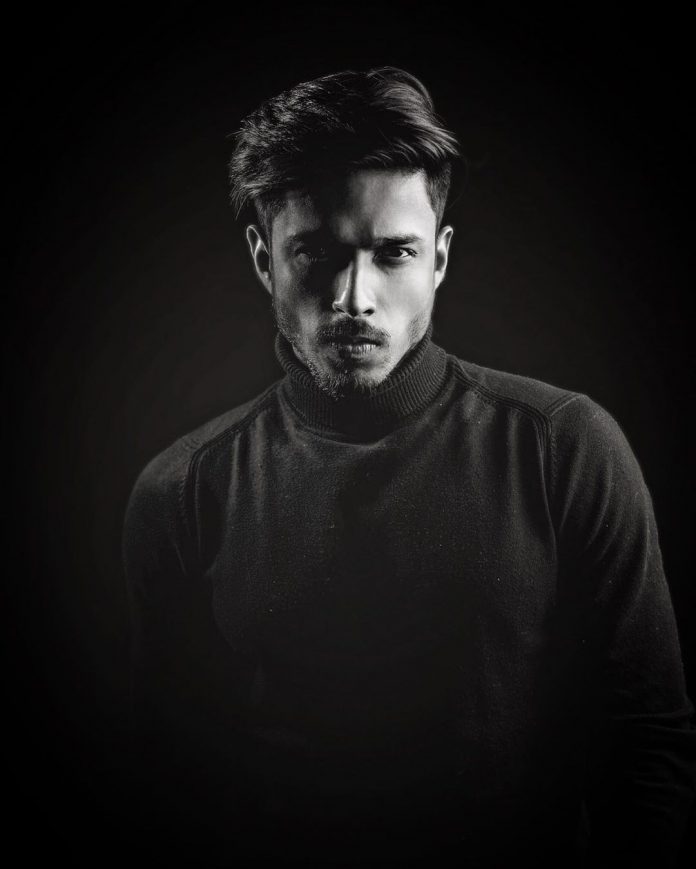 “I’m not interested in reality shows rather do something big in the fitness and fashion industry”.

Becoming a famous fitness model takes a lot of hard work, especially if you balance that with being an entrepreneur. We spotted Abhishek Agrawal, a fitness icon who has mastered in his field. Soon he is planning to come up with his merchandise range to explore more into this glamour world with his stretched wings.

Abhishek Agrawal is a multi-talented personality; an emerging Indian model who is not just a performer in front of the camera, but also behind a camera. He is a Fitness Model, Gymnast, National-level Football Player, and a Social Media Influencer. He has become a reference for Health, Fitness, and general wellbeing for others and transforms many lives by motivating them to follow a healthy lifestyle. He aims to make an ideal fitness plan that goes with everyone, fits in a pocket to lead a healthy life easily.

Abhishek Agrawal, fondly known as Abhi, was born on April 13, 1998. Growing up in Raigarh, Chhattisgarh, India, with two siblings and parents, Abhi has always been surrounded by his parent’s support.

Abhishek was quite young when he decided he wanted to become a professional model and dancer. Not to mention his athletic abilities, which were quite obvious as his favourite summertime activities included taking part in various sports events. He was just a teenager when he learned to play football and became a great dancer. Abhishek was also an active debater in high school.

After completing his high school, he joined the Narsee Monjee Institute of Management Studies in Mumbai. He then moved to Westminster to get a Bachelor’s degree in Entrepreneurship from the University of Westminster, London. From the same university, Abhi took up the Business Management Master’s Program.

It was then and there that Abhi decided he was ready to take up modelling as a profession. Abhishek started looking for any opportunities he might get for showing his talent, and soon enough, his talent was recognized. In 2017, he got his big break as a freelancer model. Since then, Abhi started working in the modeling industry and creating an identity as a fashion model. In 2019, he began modelling in the UK. Today, the hard-working and talented model is showing off his talents for a watch company!

Abhishek gained immense success after just a few hits, but he did not let fame get to his head. He knew what he had to do to maintain his recognition in the industry. Not a day goes by when he doesn’t eat healthy and workout.

Every day, the dedicated model trains tirelessly under a celebrity fitness trainer, Prashant Sawant, who is also Varun Dhawan’s trainer. The proof of his athletic skills is shown as he excels at being a football player, competing at a national level while also being a flexible gymnast.

Abhishek is also a social media influencer who encourages and motivates the young generation to adopt a healthy lifestyle. Abhishek plans on creating a ‘Fitness Plan’ for people who are struggling to maintain fitness and managing their lifestyles better.

Aside from being an outstanding model and a fitness freak, Abhishek is also a brilliant photographer with exceptional skills for behind the lens. The talented Abhishek is also fond of cinematography, and his talent and dedication have helped him reach a huge fan base that can be found on his social media accounts.

Abhishek belongs to the population of celebrities who believe in hard work and dedication to shine brighter in the industry. His talents are visible with the outstanding job he has done with every modelling post.

Maintaining success is where the hard work really is, especially when it comes to celebrity models, we see every day. For every person, the pathway might be different, but when it comes to Abhishek Agrawal, the rising, young Indian model, the only secret is physical fitness!

The dedicated model is on the road to success, working his way through the industry, being an advocate of healthy living and physical fitness. He is not just known for his stunning looks; the young model excels at working behind the camera as well.

Embellished with miscellaneous feathers in his cap, Abhishek is also a watch model for several brands. He has also collaborated with well-known brands like ASOS and spotted in a fashion shoot in Oxford Circus. Earlier seen working with famous brands like BoohooMAN, MVMT, and EKSTER, Abhishek has proved to the world that the sky has no LIMIT with dedication and hard work in the right direction.

Abhishek likes to perform social service at NGO’s in his free time, back in his hometown. He’s someone who inspires people on a day to day basis, be it fitness, photography, healthy lifestyle, or just keeping up with morals.

Abhishek Agrawal is a perfectionist who’s a believer of the philosophy that this world is his empty canvas.