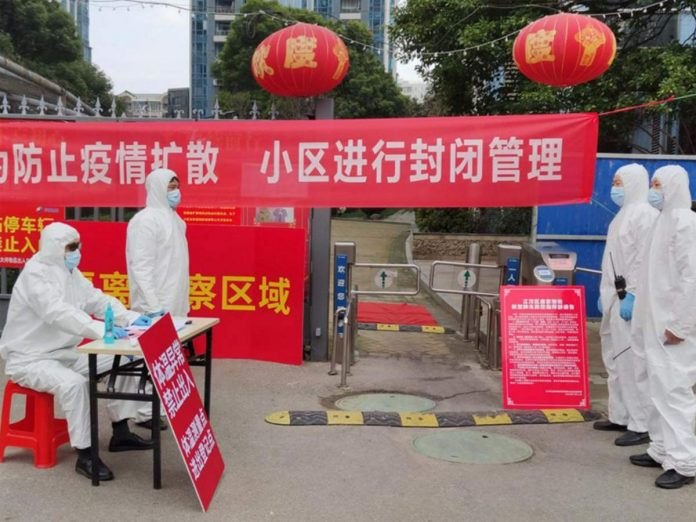 Apart from the two confirmed cases who are both employees of the China Meat Food Research Center in Fengtai district and were reported earlier on Friday, another four cases were reported between 4 p.m. and midnight.

An epidemiological investigation showed that all of the four newly confirmed cases had been to the Xinfadi Wholesale Market of Farm Products in Fengtai District, said Pang Xinghuo, deputy director of the Beijing Center for Disease Prevention and Control, at a press conference.

The first COVID-19 case was a 38-year-old local man, who purchased goods at Xinfadi wholesale market on May 30, June 5 and June 6.

After showing symptoms of fever, headache and numbness on June 9, he went to a fever clinic in Shijingshan district for treatment two days later and was confirmed as a mild case of COVID-19.

The second case was a 50-year-old male from the city of Baoding, Hebei province. He worked as a driver and a purchasing agent in the seafood market of Xinfadi where he also lived.

After showing symptoms of fever and cough on June 6, he sought treatment in Beijing Tiantan Hospital on Friday and was confirmed as a severe case of COVID-19.

The third case was a 35-year-old man, also from Baoding. He worked as a vendor in the seafood market of Xinfadi and also lived there. Showing fever symptoms on June 10, he went to Beijing Tiantan Hospital for treatment on Friday and was confirmed as a mild case of COVID-19.

The fourth was a 27-year-old woman from Shandong province who ran her business in the Xinfadi wholesale market. She developed symptoms of fever and cough on June 9 and was diagnosed as being COVID-19 positive by Beijing Friendship Hospital on Friday.

All the newly confirmed COVID-19 cases have been transferred to designated hospitals in the capital for treatment, according to Pang.

Meanwhile, Beijing”s centers for disease control and prevention at both the municipal and district level have organized professionals to carry out investigations in wholesale markets of farm products and large supermarkets throughout the city.

A total of 5,424 samples of seafood, meat and other food as well as samples from the external environment were collected to take nucleic acid tests for COVID-19.

As of Saturday, China, where the pandemic originated last December, recorded a total of 84,228 COVID-19 cases, with 4,638 deaths.