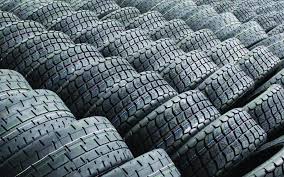 Out of the total tyre imports, 75 per cent in value terms will now come under the categories included in the restricted list by the Commerce Ministry.

The Directorate General of Foreign Trade (DGFT) issued a notification moving imports of certain new pneumatic tyres of passender vhehicles, buses/lorries and two-wheelers from the free list to the restricted list. This implies that now an importer would require a license or permission from DGFT for imports.

According to a research report by J M Financial, near term imports may reduce significantly as importers may take time to complete approval formalities.

“We await further clarity on the notification to assess long term impact as the conditions for license approval will determine future availability of imported tyres and MNCs like Michelin, Bridgestone which currently import few SKUs may start producing at their domestic facilities,” it said.

In calendar year 2019, India imported tyres amounting to Rs 27 billion, five per cent of domestic consumption. Out of this, 75 per cent of tyre imports in value terms was contributed by the categories included in restricted list.

Past experience suggests that products which are included in the restricted list witnessed significant import reduction in the following years, the report said.

The government has restricted imports of tyres used for cars, buses, lorries and motorcycles, including radial and tubeless, in a move aimed at curbing imports and boosting domestic companies.

In all the categories, imports which were free to carry out have been restricted and will need permission. So, even after paying the customs duty, imports are not freely allowed from other countries.

Any goods under restricted category means an importer would now require a licence or permission from the DGFT for imports. Given the procedures and permissions, these measures have the effect to dissuade imports. Before the new policy, the import of tyres were allowed without any restrictions.

The government has given a Atmanirbhar Bharat pitch and Go Vocal for Local slogan wherein India has to become self sufficient in the post Covid phase, which has been articulated from the highest levels of the government. The Indian tyre manufacturers have been demanding restrictions on imports from China and other destinations.