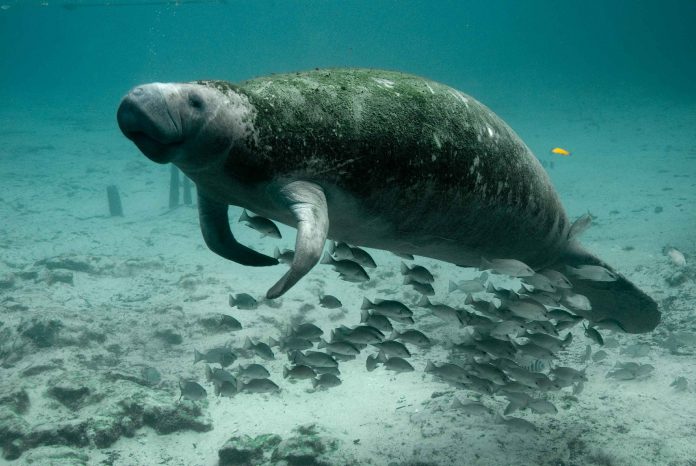 Manatees are large, entirely aquatic, mostly herbivorous maritime mammals that are also known as sea cows. There are three recognized living species of Trichechidae, depicting three of the four living species in the order Sirenia: the Amazonian manatee, the West Indian manatee, and the West African manatee.