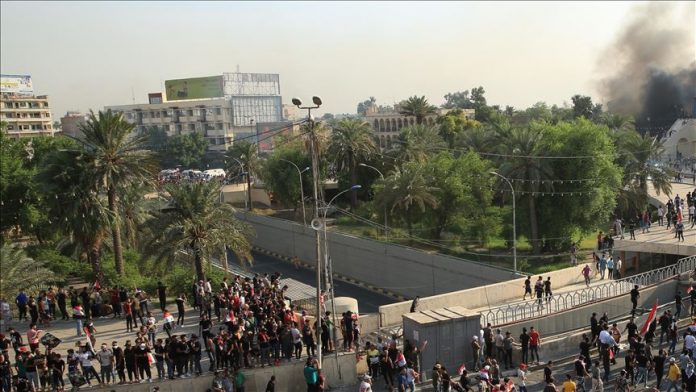 The attack took place after midnight when the four rockets landed in the Green Zone, which houses some of the main Iraqi government offices and the US embassy, the media office of the Iraqi Joint Operations command (JOC) said in a statement.

Later, the Iraqi forces found a rocket launcher in an area near the site of the former military al-Rashid Camp in southeastern Baghdad, Xinhua news agency quoted the statement as saying.

No group has so far claimed responsibility for the attack.

The military bases housing US troops across Iraq and the American embassy have been frequently targeted by mortar and rocket attacks.

The attack came a week after US and Iraqi officials held a strategic dialogue session via video conference in which Washington pledged to continue reducing its forces in Iraq and confirmed that it does not seek permanent military presence in the country.

The US airstrike prompted the Iraqi parliament two days later to pass a resolution requiring the government to end the presence of foreign forces in the country.

More than 5,000 US troops have been deployed in Iraq to support domestic forces in the battles against the Islamic State militants.