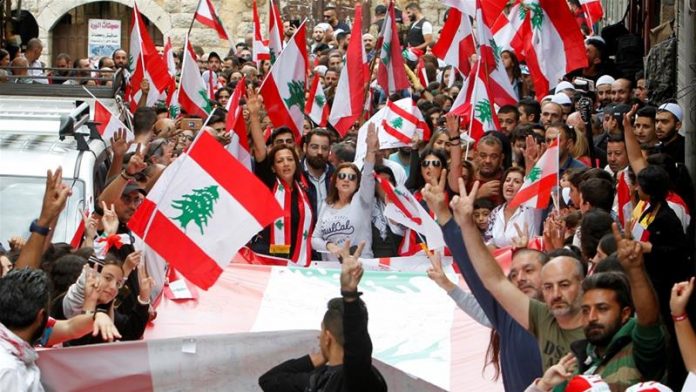 Eleven people were injured in anti-government protests that took place across Lebanon, it was reported.

Nationwide demonstrations resumed on Friday evening in Lebanon against the dire living conditions in the country.

rotesters set fire to a famous office building in Beirut, and destroyed shops in the same building which caused heavy damage.

Riot police used tear bombs in an attempt to disperse protesters and stop them from destroying properties in the area.

Demonstrations have also resumed in other regions of the country where protesters cut off roads and burned tires.

The protests led to the resignation of former Prime Minister Saad Hariri and appointment of Hassan Diab to the post.