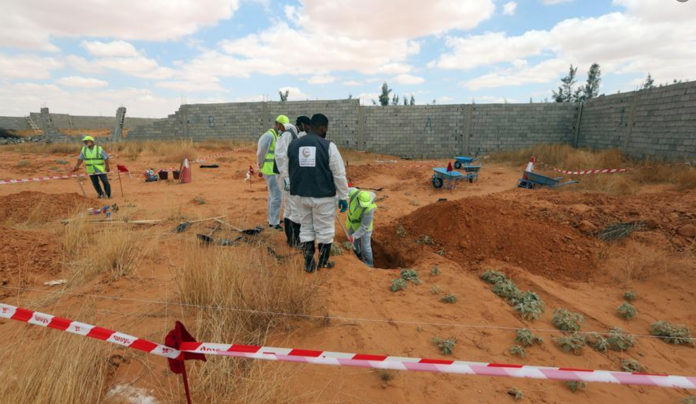 Lutfi Al-Misurati, director of the Department of Search for Remains of the Libyan General Authority for Research and Identification of Missing Persons, on Tuesday said that 10 unidentified bodies have been found inside mass graves in the city of Tarhuna.

“On June 10, a team of experts was present with all its logistical and technical equipment and found four sites that had been tampered with by unidentified individuals. 10 bodies were recovered from this site,” Al-Misurati told Xinhua.

The Libyan official also said that work is still ongoing to find mass grave and bodies in and around the city.

Tarhuna, which is located some 90 km south of Tripoli, was the eastern-based army’s main military operations center, before it was taken over by the UN-backed government.