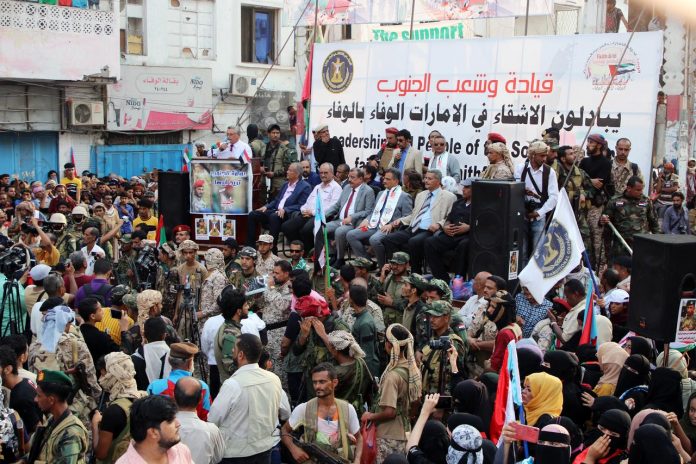 Yemen’s Saudi-backed government accused its Houthi foes of covering up a big outbreak of coronavirus in areas they hold and the United Nations warned that the country could suffer a “catastrophic” food security situation due to the pandemic.

The World Health Organisation (WHO) says the virus is spreading undetected among the population in the country, divided between the government in the south and the Iran-aligned Houthi group based in the north.

The conflict between the Saudi-led coalition and the Houthis has already caused what the United Nations describes as the world’s largest humanitarian crisis, with about 80% of Yemen’s population reliant on aid and millions facing hunger.

The government has reported 128 infections and 20 deaths linked to the coronavirus across nine of Yemen’s 21 provinces. The Houthis, who hold most large population centres, have only announced four cases with one death, all in the capital Sanaa.

“Reports on the ground indicate a large number of coronavirus cases in areas under the Houthis’ control and hiding this information is completely unacceptable,” Minister of Local Administration Abdul Raqib Fath told a news conference on Sunday.

He urged the WHO and the international community to pressure the Houthis about declaring cases.

The Houthi movement, which ousted the internationally recognised government from Sanaa in late 2014, denies the charges. On Saturday, its health minister announced two more infections and said the ministry was following all suspected cases, without providing a number.

The WHO says it has been advising local authorities throughout Yemen, where testing capacity is limited, to report cases in order to secure resources, but that the decision to do so rests with a country’s leaders.

Sources had told us that both sides have not fully disclosed the extent of the pandemic in a country already plagued by other diseases.

Yemen has been mired in violence since the Western-backed coalition intervened in March 2015 against the Houthis, who say they are fighting a corrupt system.

The United Nations’ Food and Agriculture Organisation (FAO) said on Monday hunger could spread drastically due to the coronavirus pandemic.

“That situation could be really catastrophic if all the elements of worst case scenarios come to be but let’s hope not and the U.N. are working on avoiding that,” senior FAO regional official Abdessalam Ould Ahmed told us.

The United States said on May 6 it would provide $225 million to the World Food Programme (WFP) for Yemen, including for reduced operations in the north.

The WFP had said it would halve aid in Houthi-held areas from mid-April over donor concerns that the group is hindering aid deliveries, a charge it denies.

The U.N. envoy to Yemen said on Thursday that significant progress has been made toward cementing a temporary truce prompted by the coronavirus pandemic and to pave the way for a resumption of stalled peace talks.