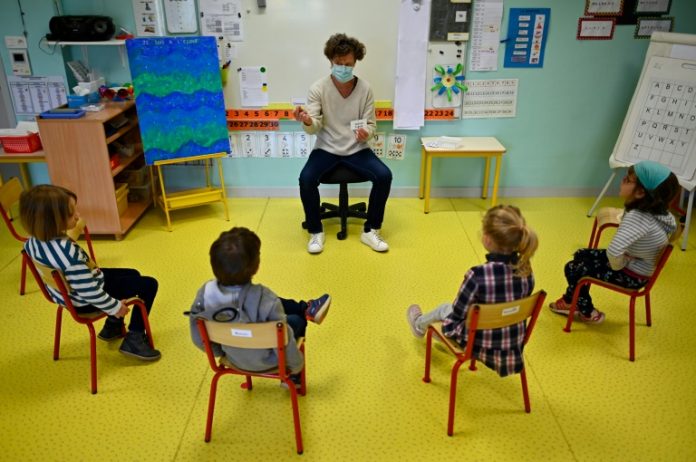 Europe and the United States have seen sharp surges in recent weeks of a severe immune disorder in children linked to COVID-19, health authorities reported Friday, sounding an alarm.

At least five children — three in New York, and one each in France and Britain — have died from the syndrome, and at least two other deaths are suspect.

Up to now, COVID-19 — with 4.5 million confirmed cases worldwide, and more than 300,000 deaths — has largely spared small children and teens, though many are thought to have been infected without showing symptoms.

But the new illness, while still very rare by comparison, suggests that no age bracket is safe.

Europe has seen some 230 suspected cases of so-called paediatric inflammatory multisystem syndrome (PIMS) in children up to 14 years old, the European Centre for Disease Prevention and Control (ECDC) said Friday.

Doctors in Bergamo, northern Italy reported a 30-fold increase in the incidence of severe inflammatory disorders among young children, with ten cases from mid-February to mid-April as compared to 19 during the previous five years, according to a study this week in The Lancet.

In the US, where well over 100 cases have been identified in the New York area, health authorities have issued an alert for the mysterious illness.

France’s state-run health watchdog described the likelihood of such a link as “very probable.”

Like Kawasaki disease, a rare condition that occurs in very young children, the new disorder can cause persistent fever, searing abdominal pain, rashes and a swollen tongue.

Also compared to toxic shock syndrome, PIMS leads to inflamed blood vessels and, in some cases, damage to the heart.

A nine-year-old boy who died in the southern French city of Marseille was said to have suffered “a neurological injury related to cardiac arrest” — in other words, a heart attack.

Experts speculate that the virus triggers a violent response in the immune system, causing it to turn against, rather than protect, the tissue and organs of affected children.

“They had the virus, the body fought it off earlier,” Sunil Sood, a paediatrician at Cohen Children’s Medical Center in New York, told.

PIMS is different, however, from the Kawasaki syndrome in that it seems mainly to affect older children.

“The population we are seeing are seven or eight through to 17,” Karyn Moshal, a paediatric infectious disease consultant at Great Ormond Street Hospital in London told BMJ, a medical journal.

Only a minority of children affected by the inflammatory syndrome have tested positive for the new coronavirus, but that doesn’t mean they didn’t have it, experts say.

Evelina London Children’s Hospital has seen more than 50 children with signs of the syndrome, said Julia Kenny, a consultant in immunology at the hospital.

Indeed, the surge in PIMS cases appears to lag several weeks behind the peak in COVID-19 infections across the general population, suggesting that antibodies may play a role in triggering the symptoms.

“In London, the peak (across the whole population) was estimated around the first or second week of April, and we think we saw the peak of these children this or last week,” Liz Whittaker, a lecturer in children’s infectious disease and immunology at Imperial College London, said at a press briefing on Wednesday.

“What we wonder is whether this is an antibody mediated or delayed response to the virus that is happening several weeks after the infection,” she said. “That would explain why these children don’t test positive for the virus.”

Researchers are groping for answers as to why some kids and not others get hit with the syndrome.

In adults, the strongest predictors have been pre-existing health problems, especially high blood pressure, but none of these applies to young children.

One theory emerging from the recent cases points to a genetic link.

In England, six of the eight first cases observed were in children of Afro-Caribbean origin, according to a study last week in The Lancet.

The boy who died in France was also of African origin, his doctor reported.