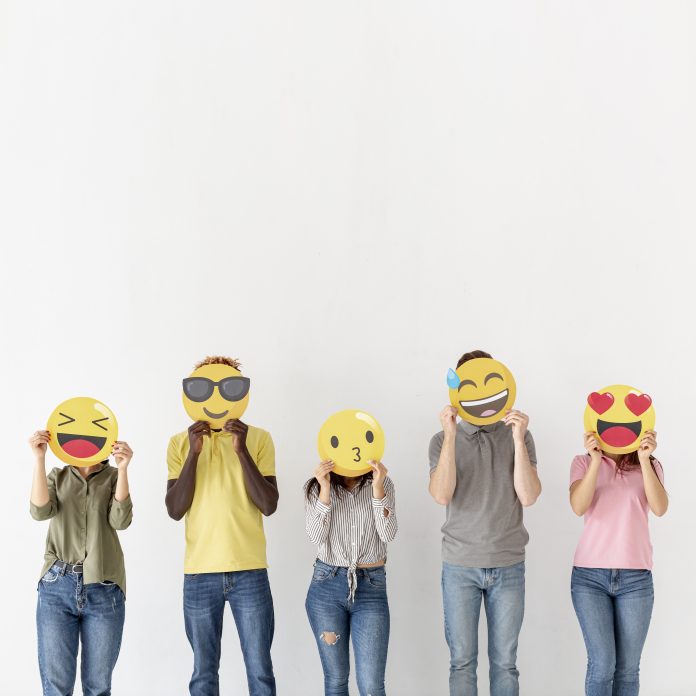 Today, using emojis is the most common and useful tool when you communicate with someone. You can use it to express yourself in social media, messages, and even in email campaigns. If fact, almost half of the captions and comments on Instagram have emojis on it, and when you use it on Twitter, it can result in nearly 26% more engagement. Eventually, using the right emojis on something can make people smile, and they might feel more connected to you.

In communication, you must deliver the right message and meaning of those emojis so that you and the recipient will understand each other better. For you to make sure that you use the right emojis in engaging and impress your audience, this article has compiled a list of usual and sometimes confusing emojis, with samples and explanations on how to use them for any purposes. So here’s a list of some of your phone emojis and what you need to know about them.

You can describe this emoji as written in the color red, the value of one hundred, and for emphasis, it has two underlines. The 100 emoji originates from number 100 that teachers write in the paper or school exam of students to indicate their perfect score, which is 100 out of 100. Japan teachers can also use the stamp to add to the mark of 100, which suggests that a student is performing well.

People use this emoji type as a typical alternate for 100%, and they put meaning to it like “keep it real” or something similar. People can also use it to express their pride or acceptance of ideas. This emoji appears next to the fire emoji in Snapchat, indicating a Snapstreak of 100 days. An emoji being part of the Unicode 6.0 way back in 2010, they approve it with the name “Hundred Points Symbol,” and in 2015, they add it to the Emoji 1.0.

Regularly, some businesses use this emoji to indicate participation and enthusiasm, like the phrase “Sign me up.” But if you use it for internal means, hand up emoji can help you count the number of people that will be willing to help you out. An example is seeing the leader of the team asking if who wants to volunteer, then that leader will pass out the microphone during the second meeting of the company, you might want to reply with a single hand up emoji.

Alternatively, you can also use this emoji asking people on social media if they agree with something you said or your opinion. For instance, if you post a question on twitter like “Who thinks that dogs are better pets than cats? If you agree, show me a hand up emoji”.

This emoji is a little different than the heart eye emojis. The heart eye emojis expresses the love for that something, while the kissy-face emojis can demonstrate your love for that someone. Typically, this emoji type should only be for the heart to heart talks, like a conversation through text with that special friend of yours, which you’ll say, “You had a good game today, you nailed it!” and then you put the kissy face emoji in the last part of the message.

Despite this emoji’s nature of innocence, it might not be suitable to use for a business and its audience, unless you think that it’s fit with your brand’s tone.

Just recently, a lot of people think that this is a symbol of a girl who’s flipping the hair. But according to Emojipedia.org, they interpret it differently, an “Information Desk Woman” who’s holding her hand out, asking how she could help.

Despite its intent of innocence, this emoji is commonly used to express sarcasm or sassiness, and even show disrespect for something or someone.  For you to avoid offending someone or confusing other individuals, you might want to refrain from using it to your emails or on social media.

Some of the emojis on your phone might be confusing, and sometimes, you don’t know the meaning of some of them. Before you use an emoji, make sure that you know its purpose and how to use it to avoid confusion and offending someone.