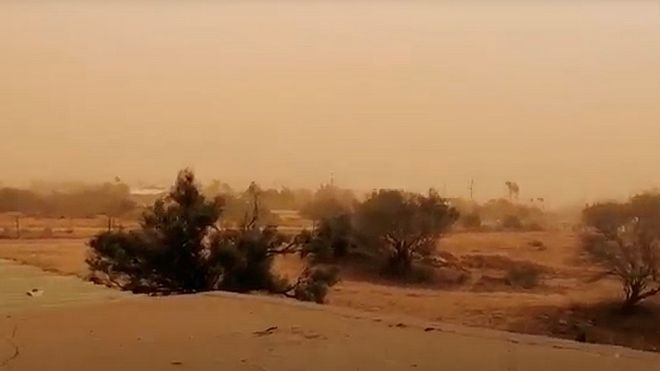 Australia’s western coast is being battered by a huge storm, with strong winds buffeting the main city of Perth. Rains and waves up to eight metres (26ft) are forecast in some areas. The severe weather is the result of the remnants of tropical cyclone Mangga interacting with a cold front, according to the Bureau of Meteorology.

A senior official in the Department of Fire and Emergency Services (DFES) said it would be a “once-in-a-decade” storm.

“Normally our storms come from the south-west and this will come from the north-west,” DFES acting assistant commissioner Jon Broomhall told journalists.

He added that authorities were “asking people to secure property and make sure everything loose is tied down”.

A severe weather warning is in place for much of Western Australia.

More than 60,000 homes and businesses are without power across the state, ABC News reports.

“This is a rare event for WA particularly due to the extent of the area affected and the possibility of multiple areas of dangerous weather,” said the Bureau of Meteorology.

Wind gusts of 117 km/h (75 mph) have been recorded in Perth, the Bureau of Meteorology said. Some areas could see up to 10cm of rain. The weather system will continue into Monday, according to forecasts.