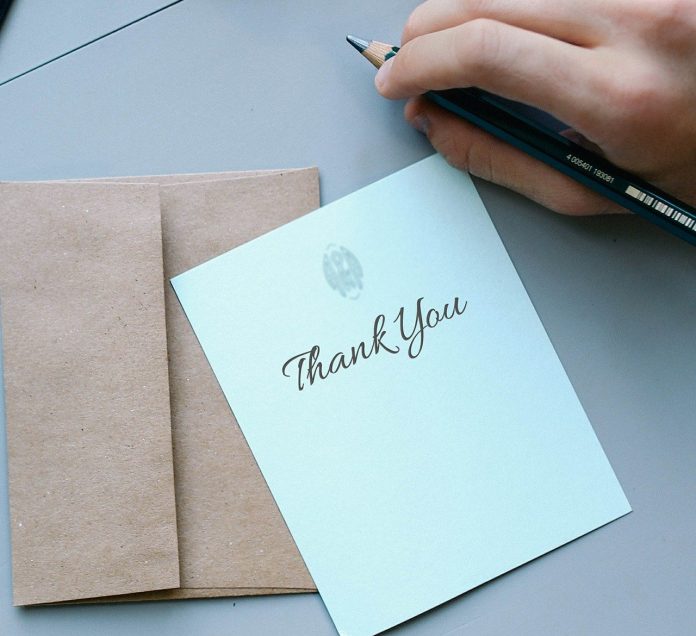 Each of us has eighty-six thousand four hundred (86,400) seconds in our days, which means that we have nearly 60,000 seconds during our waking hours of a day. I have often told organizations I speak to that while both the successful and less thriving people each have the same twenty-four (24) hours in their day they don’t identically use the time. However, one thing that comes to mind that too many of us all too often miss doing is thanking others for their help or their efforts. It only takes one of those seconds to say, “Thanks.”

The progress or lack of progress of leaders is subject to diverse factors. One of the most fundamental ingredients to being successful and achieving one’s goals, thus reaching at least part of one’s vision for his term of office, is clinging on the efforts of others. Human nature is such that most people, although they often will not openly admit it, want to be recognized, and do not want their efforts “taken for granted.” When a leader says a genuine “Thanks,” it often offers the supplementary motivation for this aide to continue his efforts. That in turn, if done regularly by leaders, often is the difference between building a reliable force of volunteers and a disenfranchised group. While giving both leadership training, as well as Self Improvement, training seminars for the last few years, I have often overheard someone say that a leadership position is a “thankless” job. If a leader can understand the fact that he doesn’t get the thanks that would make him feel better, he should learn from that, others also like to be thanked.

However, the “Thanks” must be a serious showing and not just another ritual. When you say thanks to someone honestly, they can almost always see the difference between the recognition of efforts being sincere or merely another phony, political gesture. Saying “Thanks” should not be simply an indication, but an important mindset that leaders fall into. Leaders need volunteers to buy into their vision, and they need to motivate others. The only way that someone can ever remain motivated is to feel needed, desired, and apprehended.

Perhaps the greatest obstacle to this happening, however, is that most individuals in leadership positions, unfortunately, do not develop a concept or compelling reason for others to take important or necessary actions for the betterment of the organization. While saying thanks may be a small gesture, it is certainly a significant one when genuine!

Leading Your Team Through a Crisis