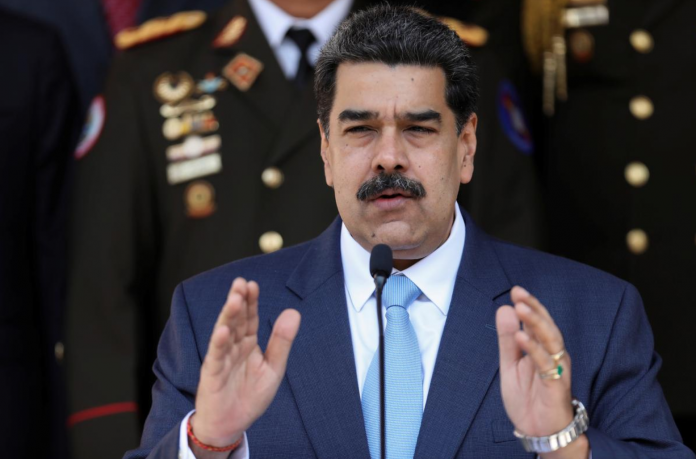 Iran is providing the country with up to 1.53 million barrels of gasoline and components to help it ease an acute scarcity that has forced Venezuelans to wait in hours-long lines at service stations or pay steep prices on the black market.

With the arrival of the gasoline, Maduro said he would end the policy of providing fuel effectively for free after more than two decades of frozen pump prices. He provided no details.

“Gasoline must be paid for,” Maduro said in a state television address, saying that the price increase would be part of a “normalization and regularization plan.”

“I have Venezuela’s support and understanding,” Maduro said, blaming the shortages on the United States, which sanctioned state oil company PDVSA last year as part of a push to oust Maduro, whom the U.S. accuses of having rigged elections in 2018.

In recent weeks, more than 100 service stations across the country have received new equipment that would allow them to charge for gasoline and ration retail sales, though their operators have not yet received clear instructions from the government or PDVSA, said the people, who spoke on the condition of anonymity.

Maduro in 2018 had pledged to increase prices at the pump, but never went through with the plan. Ending fuel subsidies is seen as politically risky in Venezuela, where a 1989 effort to raise gasoline and transportation prices contributed to a deadly wave of riots and looting.

While applauded by the Venezuelan government, the Iranian supply has been criticized by U.S. authorities as both OPEC-member countries are under sanctions. The vessels have so far navigated undisturbed to their destinations.

The fourth tanker, the Faxon, was passing north of Venezuela’s neighboring dual-island nation of Trinidad and Tobago as of Wednesday afternoon, the Eikon data showed. The third, the Petunia, was approaching the El Palito refinery, while the first two were discharging at ports.

David Schenker, the U.S. assistant secretary of state for Near Eastern affairs, said on Wednesday that Washington was “not pleased” with the shipments and was looking at “options” for a response.

“These are two pariah states,” Schenker said during a webinar organized by the Beirut Institute. “One could imagine them sending other things, I mean weapons, who knows.”

Maduro added that Venezuela had paid for the shipments with dollars, after U.S. officials said the government had likely paid Iran using part of its gold reserves.