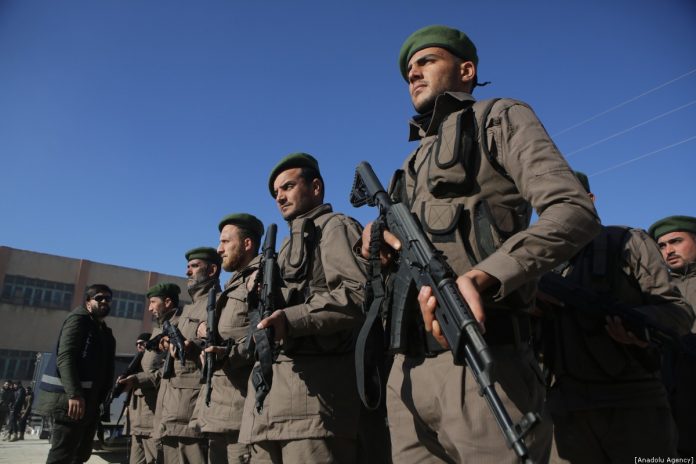 Russian private military contractor Wagner Group has up to 1,200 people deployed in Libya, strengthening the forces of eastern-based military leader Khalifa Haftar, according to a confidential United Nations report seen by us on Wednesday.

Haftar launched a war a year ago to grab the capital Tripoli and other parts of northwest Libya. Since 2014, Libya has been split between areas controlled by the internationally recognized Government of National Accord in Tripoli and the northwest, and territory held by Haftar’s eastern-based forces in Benghazi.

Haftar is supported by the United Arab Emirates, Egypt and Russia, while the government is backed by Turkey. The U.N. Security Council imposed an arms embargo on Libya in 2011 amid an uprising that ousted longtime ruler Muammar Gaddafi.

The sanctions monitors said that while they could not independently verify the scale of the deployment to Libya by Wagner Group, “based on open source reporting and the limited sightings assesses that the maximum number of individual private military operatives deployed to be no more than 800 to 1,200.”

“Their deployment has acted as an effective force multiplier for (Haftar),” the sanctions monitors wrote.

When asked in January if the Wagner Group were fighting in Libya, Russian President Vladimir Putin said that if there are Russians in Libya, they are not representing the Russian state, nor are they paid by the state.

Wagner Group did not immediately respond to a request for comment.

The U.N. sanctions monitors identified more than two dozen flights between Russia and eastern Libya from August 2018 to August 2019 by civilian aircraft “strongly linked to, or owned by” Wagner Group or related companies.

The report said forces affiliated with the Government of National Accord had captured arms “typical of the weaponry observed being used by ChVK Wagner operatives elsewhere in eastern Ukraine and Syria.”

The monitors are also investigating social media reports that a six-month contract between Wagner and Haftar ended on Oct. 15 last year and accusations that by this time Hafter had only paid half of the more $173 million owed.

Across Wagner Group, personnel are predominantly Russian, but also include citizens of Belarus, Moldova, Serbia and Ukraine, the report said. It also said they have been identified using equipment typically reserved for Russia’s armed forces.

When asked about the use of private military contractors in Libya on Wednesday, U.N. spokesman Stephane Dujarric said it was a matter of concern for Secretary-General Antonio Guterres.

“It is of no help to the people of Libya who are in dire need of political reconciliation so peace can return to their country,” Dujarric told reporters.