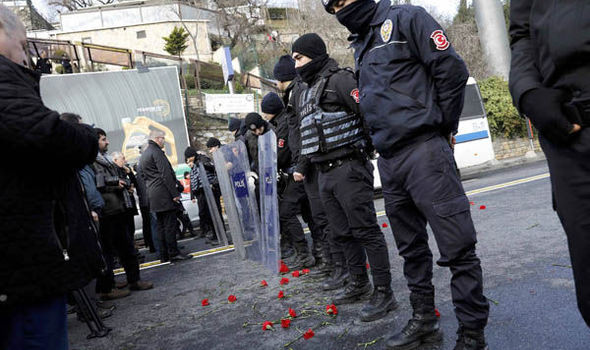 Two people were killed and another was wounded in an armed attack on a municipality vehicle in the eastern Turkish province of Van, the governor’s office said on Thursday.

The attack was carried out by armed individuals in a vehicle as two municipality personnel and a civilian returned from aid distribution to a quarantined neighbourhood around midday, the governor’s office said in a statement.

Turkey’s communication director Fahrettin Altun said Kurdistan Workers Party (PKK) was responsible for the attack, adding that Turkey would bring them to account.

Authorities have quarantined more than 100 neighbourhoods, villages and towns around Turkey as part of measures to stem the spread of the novel coronavirus. Essential aid is provided by municipalities and local volunteers in those areas.

An operation to catch the perpetrators of the armed attack was launched, the governor’s office said, adding the wounded person was being treated at a nearby hospital.

The PKK, which has waged an insurgency against the Turkish state since 1984, is designated a terrorist organisation by Turkey, the United States and the European Union. More than 40,000 people have been killed in the conflict.