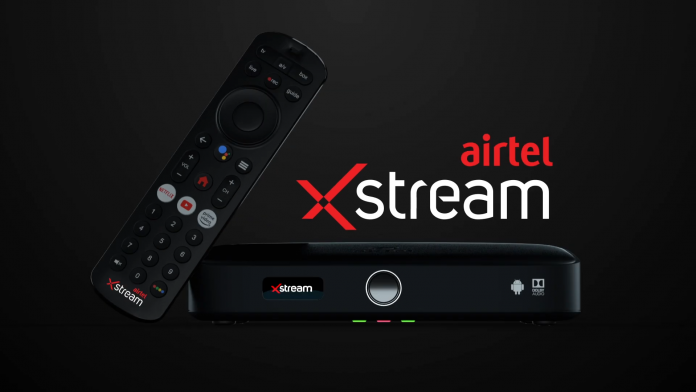 Bharti Airtel is one of the most premier and popular telecommunication companies in India. Its telecom services are unmatched owing to its attractive pricing, wide network and seamless integration of technology in its offerings. This all is true not only for the telecom services but also for the widely used DTH service offered by the company all over India. Over the years, Airtel has become one of the most preferred DTH providers for the customers. The services are delivered uninterrupted, along with attractive DTH planswhich are flexible and fit every pocket size.

Along with many attractive DTH offers from Airtel, the recently converged digital entertainment platform ‘Airtel Xstream’has also created a lot of buzz amongst the subscribers everywhere.

Airtel Xstream includes myriad entertainment options such as number of satellite TV channels, OTT apps, over tens of thousands of movies, songs, and shows in several languages. In order to access all of these contents, the telecom brand also launched a hybrid set-top-box, ‘Airtel Xstream Box’ and ‘Airtel Xstream Stick’. The set-top-box enables you to watch live TV through the use of satellite connection and stream OTT app content through wifi or Ethernet.

Here are some features of Airtel Xstream Box:

Airtel Xstream Box is a game-changer and can turn your TV into a completely entertainment hub. The Airtel Xstream Box is available in e-commerce sites along with some great DTH recharge offers. The set-top-box comes at a pocket-friendly price of INR 3,999. However, customers in Delhi can enjoy a whopping discount of INR 1,750 on it. This means they can buy it at just INR 2,249. For further information, you can even get in touch with the Airtel customer care services.